Police have detained a woman under the Misuse of Drugs Act who was in a car involved in Monday's rush-hour crash in Christchurch.

They say the woman is suspected of smuggling drugs through Christchurch Airport. 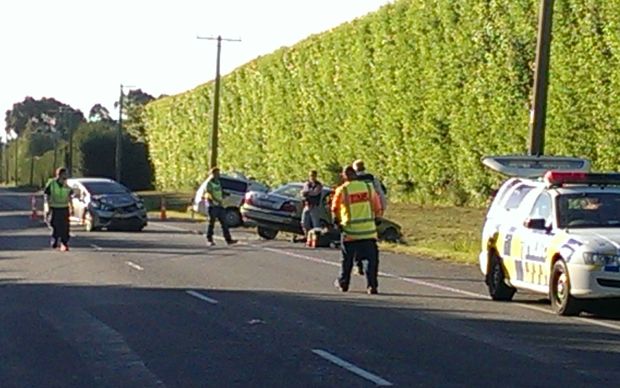 She was a passenger in the BMW police say rammed an armed road block on Monday before colliding head-on with the Honda, seriously injuring three elderly people.

The crash on Yaldhurst Road during rush hour ended with five people in hospital, one in a critical condition.

An 80-year-old woman who was a front seat passenger in the Honda remains in a critical condition, while a 70-year-old woman and the elderly driver are described as stable.

The driver of the BMW, 55-year-old Graham Payne, has been remanded in custody after appearing at the Christchurch District Court yesterday on three charges of reckless driving causing injury and one of failing to stop for police.

Two of the BMW passengers, including the woman now being held, were discharged from hospital this morning.

The Misuse of Drugs Act allows the police to hold anyone suspected of carrying drugs inside their bodies for up five days to allow time for any drugs to be expelled from the person's system.

Police ute may have had role - witness

Meanwhile, an eye-witness said a police ute may have played a part in pushing the alleged offender's vehicle into the path of the Honda.

Adrian van Roon witnessed the crash which he says happened when the BMW spun out of control and careered into the path of the other car.

He said the BMW either slammed on its brakes suddenly, or was clipped by the police ute which was following closely behind.