Convicted murderer and child sex offender Phillip Smith has indicated he intends to fight deportation from Brazil to New Zealand.

Smith has been in email contact with New Zealand lawyer Tony Ellis, who said it appeared the escaped prisoner's current intention was to contest deportation. 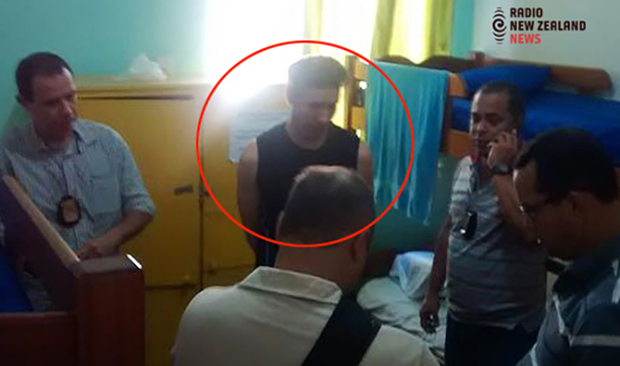 In the email, Smith said he was being treated well in a Brazilian jail, and now had a Brazilian lawyer to defend him.

Mr Ellis said the only impediment now appeared to be that the lawyer did not know whethr he would be paid.

"He'd got a temporary lawyer and we found him a more specialised one who's agreed to act subject to the funding."

When Smith was arrested his money was seized and deposited by court order with the New Zealand Embassy in Brazil. Mr Ellis said another court order would be required to get that money, and the lawyer would have to front up to get it.

Meanwhile Mr Ellis is expecting an answer today from the Minister of Internal Affairs on what was the legal basis for cancelling Smith's passport.

Smith left New Zealand on 6 November on a passport obtained under his birth name, Phillip Traynor, and headed to Brazil via Chile. He left the country while on a 72-hour release from Spring Hill prison in Waikato.

He was jailed in 1996 for stabbing to death the father of a boy he had been convicted of sexually assaulting.

Corrections' Chief Custodial Officer has conducted a review into the escape, and found Smith's series of temporary releases were "overly ambitious and misinformed".

Read the summary of the Chief Custodial Officer's review

The officer has made 13 recommendations, including greater use of GPS, a report on how sponsors are verified and an evaluation of the risk assessment process.