The Otago prison manager at the time of an inmate's death from a suspected overdose has confirmed no doctor was notified when he was put in an at-risk cell.

The evidence was given an inquest in Dunedin into the death of Jai Davis of a suspected overdose at the Otago Corrections Facility near Milton in February 2011. 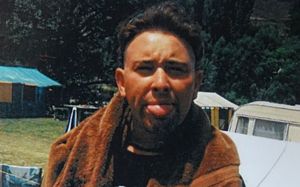 Christopher Gisler told the inquest today that he had agreed the 30-year-old should be segregated into an at-risk cell because he was believed to be concealing drugs internally.

Mr Gisler said he had delegated this action to the prison's custodial systems manager, whose name has been temporarily suppressed.

"It is my understanding that she did not contact a medical officer. It was her duty to advise a medical officer, as stipulated on the segregation form. While I didn't specifically check that she knew her duties, I would've asked her informally for some sort of affirmation that she did."

Mr Gisler reluctantly agreed his manager should have known the term medical officer meant a doctor had to be called.

In other evidence today, a member of the Mongrel Mob told the inquest Jai Davis had brought drugs into prison for the gang 10 times before.

Che Cooper was in jail at the time and asked Mr Davis on the telephone to bring in some dope and pills. He said Mr Davis wrapped the contraband in plastic wrap or sometimes in a pill bottle and put them up his rectum.

Asked why they discussed the plan so openly when they knew their calls were monitored, Mr Cooper said it was worth taking the chance of a bit more punishment to get some "candy for the boys".

Earlier, a former partner of Mr Davis' said he had smuggled a bottle of pills into jail for gang friends.

The woman, whose name has been suppressed, said in a statement that she remembered Mr Davis receiving a phone call from an inmate inside the jail asking him to bring in some drugs. She said that angered her because she thought he would get caught.

The woman said he had a pill bottle with about 60 white and yellow pills, which Mr Davis told her were valium and codeine.

She said she did not think Mr Davis was threatened into smuggling the drugs in, but did to try to gain credibility with gang associates inside.