A mothballed rail link between Napier and Gisborne has been thrown a lifeline, with KiwiRail agreeing to lease the line to the Hawke's Bay Regional Council.

The rail link, mainly used for freight, was shut in December 2012, after storms and flooding caused millions of dollars in damage.

The Council has several months to consider the offer, but already a potential operator said it has plans to start shipping freight by train as soon as possible. 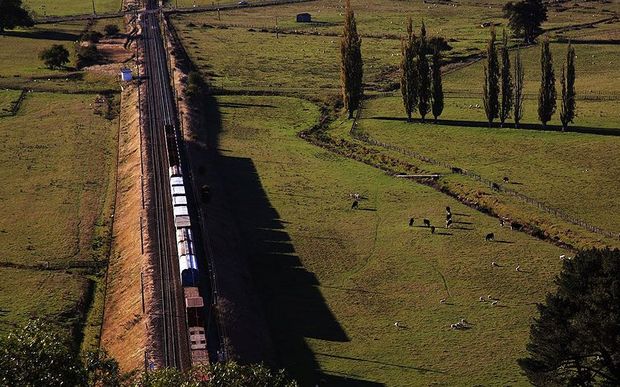 KiwiRail closed the rail line two years ago when it was left with a $4 million repair bill.

Despite a 2013 report finding the line was economically viable, the Government this year said there was little evidence to support reinstating it.

But now, KiwiRail has agreed to lease the line to the Hawke's Bay Regional Council.

Interim chief executive Liz Lambert said the council was excited by the opportunity.

Ms Lambert said it is not clear yet on the details of the lease, which KiwiRail said it will not discuss because the terms and conditions are under negotiation.

But Ms Lambert said the council does know it would have to pay to fix the line itself.

Its chairperson Don Selby said it wanted to operate the line if the deal goes ahead.

General manager Richard Burke said it had been a lost opportunity while the line was closed and was optimistic about using it again.

He said the weight restrictions for trucks using the roads make rail freight an attractive, and economically viable, alternative for exporters.

Mr Burke said the region would see a boost in job opportunities too as access to international markets and containerised ports was vital to regional economies like Gisborne.

KiwiRail is giving the Hawke's Bay Regional Council until 1 March to decide whether it'll pursue the proposal.