Prime Minister John Key has rejected calls for the State Services Commissioner to step down over his handling of the resignation of Roger Sutton. 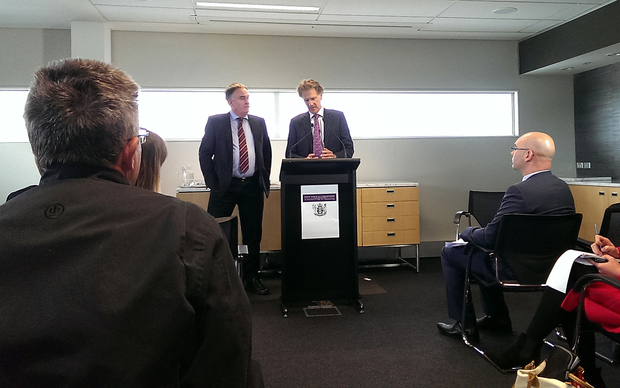 The commissioner, Iain Rennie, has been criticised for allowing the head of the Canterbury Earthquake Recovery Authority to speak at a news conference announcing his resignation during which he also gave details about the complaint.

Labour leader Andrew Little has called for Mr Rennie to step down and wants an inquiry. 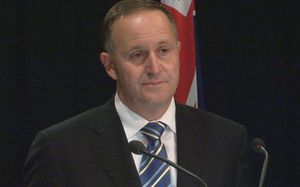 Mr Key told Radio New Zealand's Morning Report today that while mistakes had been made Mr Rennie should keep his job.

He said Mr Rennie should not have conducted a joint press conference with Mr Sutton.

"It gave the impression, rightly or wrongly - hopefully wrongly - that he was siding with Mr Sutton. The second thing it did, it gave an unfair platform to Mr Sutton at a time where the complainant wasn't given the same platform.

"There's no question it's a significant miscalculation.

"On the other side of the coin, Iain Rennie has been very much a bi-partisan appointment, he was appointed by Helen Clark, he was retained by us, he's done a lot of good things in six years and this one's clearly a bad thing."

The Prime Minister said he was not aware a joint media conference was to be held, and he does not know whether State Services Minister Paula Bennett was aware of this.

In a press statement this morning Ms Bennett said she did not know Mr Sutton would be attending until media were advised that morning.

The head of a national women's organisation has described that response as weak.

National Association of Women in Construction president Cathy Tracey said Ms Bennett should have thrown her support behind the woman involved and brought an end to the press conference.

Roger Sutton resigned as head of CERA last Monday, after a State Services Commission investigation upheld a number of complaints of sexual harassment. The investigation found the chief executive guilty of serious misconduct, but did not recommend dismissal. On Wednesday Mr Rennie announced an acting chief executive would be in place from 1 December. 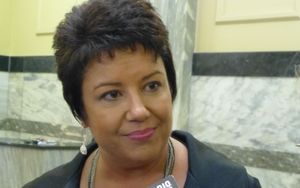 Earlier Ms Bennett said she was disappointed in the way Mr Sutton's resignation was handled, but Mr Rennie had expressed regret for the hurt his actions had caused the complainant, and she continued to have confidence in him.

Human Rights Commissioner Dr Jackie Blue said she would meet with Mr Rennie before Christmas to find ways to prevent a recurrence.

She said the news conference as it unfolded was a train wreck about to happen as Mr Sutton revealed details which breached confidentiality.

"Look they really should have said 'no comment, thank you very much it's a confidential settlement', and unfortunately that didn't happen and that woman has been subjected to huge public scrutiny.

"But I think she's so courageous in coming forward because she has shone a light on this and I'm absolutely determined to turn this around." 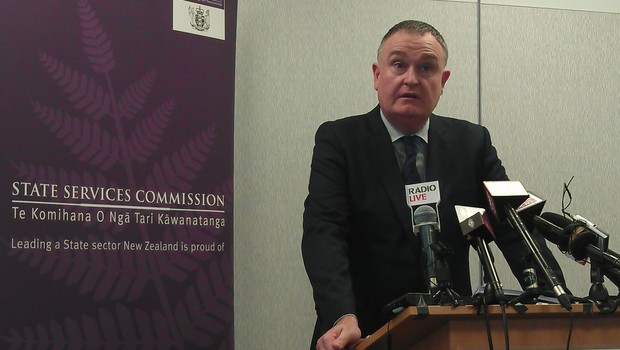 One of the woman's supporters, Tina Nixon, posted on her Facebook page to say "Do people really think that a hug was what it was all about?"

Ms Nixon describes the news conference "a breathtaking PR snow job" and said no woman in the public service should currently feel confident that any complaint would be investigated professionally and without bias.

But Dr Blue said the woman was entitled to have confidence in the process, and may have the right to sue for breach of confidentiality.

Employment law specialist Peter Cullen said the woman could take a new personal grievance because she and Mr Sutton still had an employment agreement at the time of the new conference.

"The argument would be that if there's a confidentiality clause that has been broken, and that the statements made don't fairly portray the situation, she could say that what occurred was an unjustified act that affected her employment to her detriment and seek compensation for humiliation and distress."

Maria Berryman, also an employment law specialist, said there were several avenues open to the woman.

"She's able to take a sexual harassment complaint through to the Human Rights Commission.

"In her employment relationship she could look at some form of disadvantage action which is personal grievance for hurt, humiliation and anxiety.

"The other option is to take what's called a personal grievance which is for a constructive dismissal."

Ms Berryman said the case could sit at the top of the award structure for compensation, which could be as much as $15,000 with three to six months paid leave.

But if she was representing the woman, she would advise trying to agree a settlement rather than going through the courts.