A toddler remains in a critical condition in hospital after being pulled from its bed in a burning house in Auckland this morning. 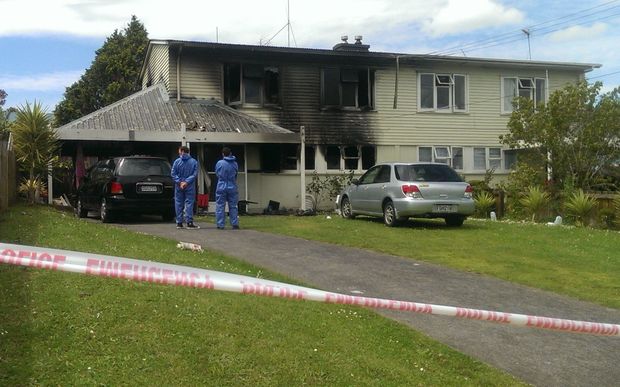 The baby was badly burnt in the fire at a house in Mount Wellington. Photo: RNZ / Carla Penman

The toddler is in Middlemore Hospital, while a man also pulled from the house remains in a serious condition at Auckland Hospital.

Fire Service assistant area commander Mike Shaw said they were not sure on arrival at the house in the suburb of Mount Wellington how many people were inside.

He said they found the two-year-old boy, who was unresponsive and they had to perform CPR.

Middlemore Hospital said the baby was having surgery.

A neighbour, Fakaola Uilou, said his cousin woke him up and alerted him to the fire and he grabbed a hose and starting hosing down the house as he waited for the fire engines to come.

He said they were having to stay some where else in the mean time due to smoke inhalation concerns.

Mr Shaw said the two-storey house was engulfed in flames when officers pulled the baby from its bed at about 8am.

He said the house was extensively damaged though the fire was stopped before it spread to an adjoining home.

The cause of the fire is not yet known but fire investigators will return to the scene tomorrow.