The number of reported cyber attacks on New Zealand computer networks is increasing 60 percent each year.

Director of the Government Communications Security Bureau (GCSB), Ian Fletcher said both the number of cyber security incidents and the cost of dealing with them was rising.

The GCSB is responsible for keeping sensitive government data secure and also provides protection to selected private companies through a cybersecurity programme. 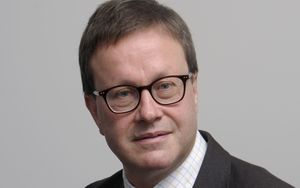 "The internet changes a lot of things but it doesn't change human nature, what it does is have the effect of industrialising human nature," Mr Fletcher said.

The GCSB said advanced attacks are becoming more common as technological progress makes them cheaper and easier to launch.

"Those are organisations we've chosen to talk to on the basis of the significance they play in NZ's national life."

Mr Fletcher said revealing the private companies the Government is working with would defeat the fundamental object of the exercise, which is to make their systems safer than would otherwise be the case.

"Our objective was to respond to the evident advanced threats that had emerged globally and here, that generally involved attempts to obtain persistent access to valuable data and to be able to remove it."

He said part of the defence to them is Project Cortex, a cybersecurity programme revealed by the Prime Minister a week before the general election.

You can hear more about the threat of cyber attacks to New Zealand on Insight, after the 8am news this Sunday.