Community groups are being muzzled by fears that speaking out against Government policies will result in funding cuts. 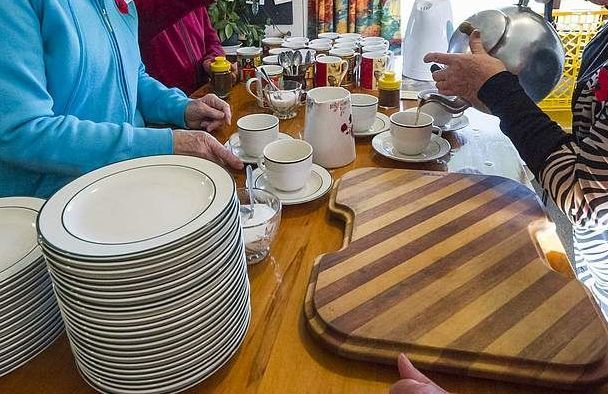 One organisation, which wished to remain anonymous, told Radio New Zealand about subtle threats from a cabinet minister it refused to name, and said the fear of being punished financially for speaking out had worsened over the past three years.

Chief executive of a national network of mental health and addiction organisations, The Platform Trust, Marion Blake said many groups were sharing the same concerns about speaking up.

"The traditional role of many community organisations are to talk about the things that are critical in their community," she said.

"And sometimes there is a real fear that if you talk out about things in a negative manner then your funding will be jeopardised."

Ms Blake said organisations were feeling vulnerable and did not want to put themselves in the firing line.

The Community Law Centre said it suspected its Government funding was withdrawn last year because it spoke out about legal reform.

Chief executive Liz Tennet said the Ministry of Justice never gave them a reason why some funding was being cut.

But she suspected it was because the group suggested changes to the law.

The fears of community groups were backed by a recent survey by Victoria University senior lecturer Sandra Grey and teaching associate Charles Sedgwick.

The pair conducted two surveys into advocacy at non-Government organisations with the same 93 community groups.

Dr Grey said in the latest survey, conducted over the past year, about 58 percent of respondents said if they spoke out their funding would be cut, compared with about 45 percent in 2008.

"It's that perception from the community voluntary sector that makes them quiet.

"Whether or not the Government is cutting funding doesn't matter.

"It's actually what organisations believe will happen to them that makes them not join in public debate," she said.

Dr Grey said some community organisations surveyed had said they experienced threats or have contracts with gagging clauses.

Chairperson of ComVoices, which represents a number of community and voluntary groups, Peter Glensor said the increasing fear may also be due to group's increasing struggle for survival.

"Money is becoming much scarcer, so as people face stronger financial pressure, they become more concerned about their viability overall."

According to Ms Blake, there had also been changes to the funding process, with Government departments cutting the number of organisations they worked with.

"Many of the smaller organisations that have relied on Government funding for many years to do their work are feeling left out.

"And they are being left out because there is a clear direction for many government to actually contract with larger organisations," she said.

Deputy chief executive of Community Investment at the Ministry of Social Development Murray Edridge said he had heard rumours about groups being concerned to voice opinions, but there was no evidence.

"But what I would say, we are going through a period change because we are changing the way we are doing things.

"Now, I believe that's for the benefit of providers as well as Government," he said.

"Change has an impact for people and it creates some uncertainty."

Mr Edridge, who was also the chairman of the cross-agency Social Sector Purchasing Steering Group, said he was not aware of any gagging clauses and had not heard of any threats.

He said the department was working on engaging more closely with providers.