Prosecutions over migrant worker exploitation are only the tip of the iceberg, according to a union leader.

Milk distribution company JP and JD Bowden partnership was yesterday fined $5000 for charging a migrant worker fees that meant her take-home pay was reduced to $4.37 an hour - far below the minimum wage of $14.25 an hour. 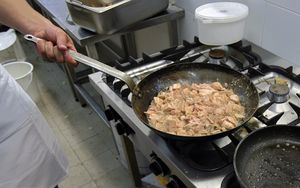 Last week, a Christchurch Vietnamese restaurant was ordered to pay $175,000 in unpaid wages to an immigrant chef.

And in May, MBIE launched an audit programme following increasing complaints about the employment practices of some businesses associated with the Christchurch rebuild, resulting in 16 labour hire and construction companies being fined for breaching employment laws.

Rebuild and recovery co-ordinator for the Canterbury branch of the First Union, Paul Watson, said that was just the tip of the iceberg.

"Where they're brave enough to come forward and talk to the unions and the authorities about their problem, they're giving us example after example of other problems that are going on as well.

"These are practices that we wouldn't expect to be happening in our country. You'd think this was the behaviour of some sort of corrupt, unethical regime somewhere else".

He believes Christchurch employers are developing a bad reputation over the treatment of migrant workers, which will affect the reputation of the whole country.

"Increasingly, more migrants are having bad experiences with employers, and they're getting undermined, ripped-off, they're living in substandard accommodation and so on.

"This is a ... growing problem for our community where we will be getting a bad international reputation, and Christchurch will not be seen as a favourable destination to go to try and earn some money to send back to your family".

"Often you've got companies that may have been in existence for a while but they've never employed a migrant before and so nobody's ever actually had a good look at the employment contract and realised there was something wrong with it.

"So, for example, they might not be paying time-and-a-half if employees are required to work on public holidays."

But he says there are also cases where migrants are deliberately exploiting other migrants, such as in situations where employers provide accommodation.

"That creates a more dangerous situation because the employer has more of a hold over the person," he said.

"In some cases you see situations where they don't pay them because the employer will say they're paying them in accommodation."

Figures from MBIE show between November 2013 and October 2014, 28 percent of the 268 complaints it received about Canterbury businesses related to migrant workers.

Labour Inspectorate regional manager Steve Watson says the Ministry is seeing a reduction in the number of minimum standard complaints, but more complaints from migrants.

The inspectorate was focusing on migrant exploitation, he said, and takes it very seriously. "Quite simply, labour exploitation harms us all and we should be protecting vulnerable workers".

Mr Watson says any employers found breaching minimum standards can expect legal action to be taken against them.