A woman who headed an immigration scam which led to six Chinese chefs being brought to New Zealand and exploited has avoided a jail sentence. 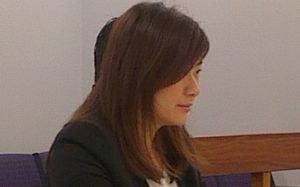 Jinyan Zhang, who is also known as Jennie Zhang, was sentenced in the Wellington District Court on several charges, including perverting the course of justice and inciting a breach of a visa, to which she had earlier pleaded guilty.

Judge Ian Mill said the Chinese chefs paid Zhang's company $24,000 each to obtain a New Zealand visa and employment but, in many cases, the jobs they were assigned to did not exist and they were paid very little for the work they did for other companies.

"In my view, you were part of a scam that was being operated and you at least were the New Zealand arm of that scam.

"These people were treated poorly. Although not all of that lies at your feet, you were the instrument that allowed that to happen."

He ordered Zhang to pay $30,000 reparation, to be shared between the six workers. She was also ordered to serve 10 months' home detention and to carry out 300 hours' community work.

"They arrive in the country and to then be told that there is no job for what they thought they were coming to, and then be taken somewhere else and often worked in situations which was well below what their expectations were, it was absolutely soul-destroying."

Most of the chefs were working in good jobs now, she said.