The State Services Commissioner says an inquiry into a sexual harassment complaint against the head of the Canterbury Earthquake Recovery Authority was robust. 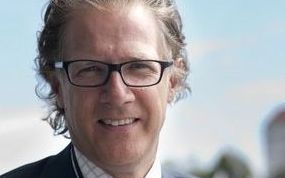 Iain Rennie said the investigation found Roger Sutton's conduct did not always meet the standard expected of public servants, but it did not recommend dismissal.

Ms Nixon wrote no woman in the public service should feel confident that complaints would be investigated professionally and without bias. She turned down a request to speak to Radio New Zealand tonight.

Mr Rennie said complaints of inappropriate conduct were taken very seriously and details of the complaint would not be released to protect the parties involved.

Mr Sutton resigned yesterday and apologised for his actions of hugging, joking and calling women honey and sweetie in the workplace.

His last day at CERA would be 31 January 2015, when it moves from being a public service department to being a departmental agency hosted by the Department of the Prime Minister and Cabinet.

Roger Sutton began in the role in August 2011, following the devastating February earthquake earlier that year. At the time, the State Services Commissioner said he was a strong leader, with the skills required for the position.