Police in Hamilton have taken an unlikely culprit under their wing. 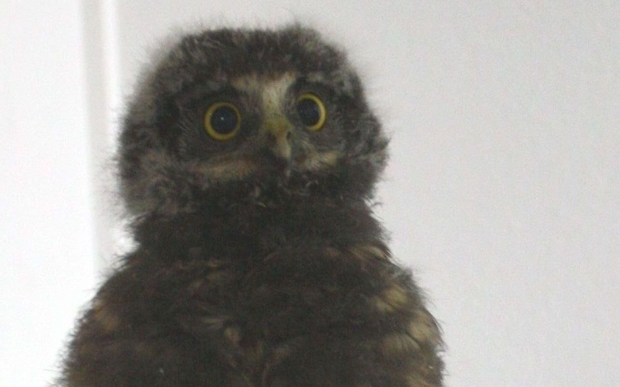 Police found the young morepork on a street in Chartwell, Hamilton. Photo: SUPPLIED

A constable nearly ran over a small morepork on the street in Chartwell before realising what it was.

Taking the bird back to the station, police made a bed for it and tried to give it something to eat - before calling in the Department of Conservation (DOC)'s bird rescue.

DOC said the morepork had definitely been blown from its perch, and appeared to be one of this year's chicks, but was fit and well.