The Tertiary Education Comission says students at a Taranaki institute who had their qualifications withdrawn may now not have to redo the whole course. And a 78-year-old woman has apparently graduated, despite attending only a few classes. 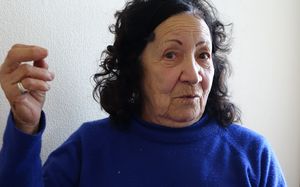 The commission and the New Zealand Qualifications Authority released a damning review this week of the Western Institute of Technology's Level 4 and 6 Māori Performing Arts Certificate and Diploma run from 2009 to 2013 affecting about 400 students.

The review said students would have to repeat the programme in total and re-sit the required assessments.

However, the commission's chief executive said plans are under way to ensure that students are not inconvenienced any more than they already have been.

Tim Fowler said the institute and NZQA is focused on providing realistic opportunities for the students to gain the qualifications, which could mean having to re-sit assessments or do another course for free.

A New Plymouth woman has been told she graduated from the disgraced Maori performing arts course - despite doing only a couple of kapa haka classes at a local hall.

Hinga Harris said she received an email this week from WITT telling her about an investigation into the course failings.

The email signed by the polytech's chief executive Barbara George said its records showed Mrs Harris had met the requirements for National Certificate in Maori Performing Arts Level 4, and she did not need to do anything further.

Mrs Harris said she never stuck at anything and was surprised to hear she had graduated.

"I only went a few times, I never got a certificate and the email was the first I'd heard from WITT in all this time."

WITT has repaid $3.7 million dollars in funding and scrapped about 400 qualifications after an investigations found there was no evidence course work had been completed.

The institute did not return Radio New Zealand's calls.