The failure of a Māori performing arts course at a New Plymouth tertiary institute will have a huge impact on the 400 students who have had their qualifications withdrawn as well as their whānau, Māori education advocate groups say.

The Tertiary Education Commission and the New Zealand Qualifications Authority have released a damning review of the Western Institute of Technology at Taranaki (WITT) level 4 and 6 Māori Performing Arts Certificate and Diploma run from 2009 to 2013. 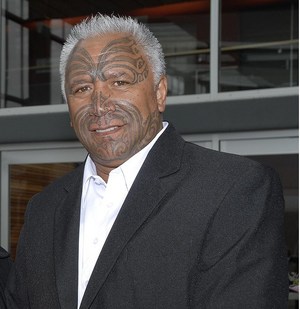 The institute has been forced to pay back $3.7 million in government funding and criticised as having poor record keeping, management and student attendance.

The acting president of the National Māori Tertiary Students Association - Te Mana Akonga - says that would be devastating for students. Ivy Harper says their learning has been compromised, their time wasted and those students now have to repeat the course.

"That is a lengthy period of time when they could have been out in the workforce earning money. It could deter them from going on to higher education and will also be very disappointing for whānau," she says.

"The failure of the courses will result in broken dreams for students, who may now shy away from going to university and act as a deterrent."

Ms Harper said the over-funding is to the detriment of other Māori courses, which may now struggle to obtain sufficient financial support or marketing leading to their demise.

The vice-president of the Tertiary Education Union says it won't just be the students who are affected. James Houkāmau, of Ngāti Porou, believes the waste and cost to families will be great.

"I'd be gutted to know that all the effort that's gone into one year of trying to obtain that qualification has been all for nothing. I think there will be an impact on whanau, older and younger siblings, friends who might have seen those students in a mentoring role - a tuakana role."

Mr Houkāmau says the investigation into the Māori Performing Arts courses in Taranaki have concerned other organisations.

"I've had conversations with people at Te Whare Wānanga o Awanuiārangi and they are terribly disappointed and feeling let down that there will be an investigation pending at their institution.

Mr Houkāmau says the institute's failures undermines the vast majority of good courses and tutoring that goes on and the union is worried they will all be tarred with the same brush.

However, NZQA said yesterday that its key focus was students that have been affected and giving them a chance to repeat the course at no cost. WITT said it responded quickly when it knew there was a problem.