Fallout from the Phillip Smith case has embroiled Corrections and other government agencies in controversy and led to calls for an overhaul of short-term prison release and monitoring of high risk offenders. 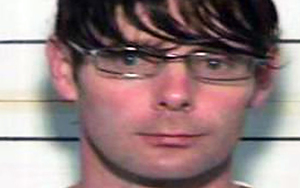 Smith absconded from 72-hour release from Spring Hill prison and, using a passport he had obtained under his birth name Phillip John Traynor, flew to Chile and on to Brazil.

He had been jailed in 1996 for murder, aggravated robbery, sexual violation, indecent assault on a boy and kidnapping.