New Zealand police have confirmed fugitive murderer Phillip John Smith flew from Chile to Brazil but cannot say whether he is still there.

Smith was on 72-hour release from Spring Hill prison in Waikato last week when he absconded and flew out of Auckland on a direct flight to Chile. This morning it was revealed he went on to Brazil. 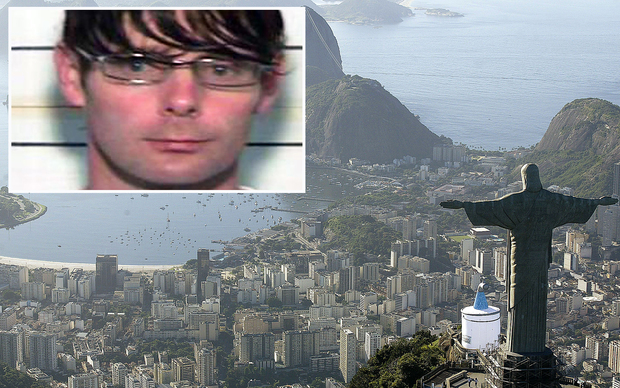 Smith was jailed in 1996 for murder, aggravated robbery, sexual violation, indecent assault on a boy and kidnapping.

He had stabbed to death a man in Wellington whose son he had been sexually abusing. Earlier, he had tracked the family from the Wairarapa, where he was facing sex charges, to the Wellington suburb of Johnsonville where they were living in a supposedly safe house.

Hours after leaving prison, Smith flew direct from Auckland to Santiago on a passport obtained in his birth name of Phillip John Traynor. The Department of Corrections was not aware until it made checks two days later that he had gone missing

Police in Santiago said at a media conference this morning that Smith had flown on to Brazil.

Interpol spokesperson Ricardo Quiroz said Smith arrived at Santiago airport on Friday and was believed to have been in transit there for only a few hours.

He said Smith did not go through immigration into the country, but boarded another flight to Sao Paulo and then on to Rio de Janeiro.

While New Zealand did not have a bilateral extradition treaty with Brazil, the Brazilian Embassy said its government would work with police and government officials here to locate, arrest and extradite Smith.

Minister-Counsellor for the Brazilian Embassy Roberto Medeiros said even in the absence of an extradition treaty between the two countries, it was possible to seek extradition.

"Our position is that we are going to co-operate fully with the New Zealand authorities to locate, to arrest and eventually extradite him to New Zealand."

The Department of Internal Affairs says it is not clear how the convicted man managed to lodge an application under the name of Traynor while still in prison in 2013 and said it was likely he had the assistance of an accomplice.

The department said there was no record of his incarceration under his legal name of Traynor as he was imprisoned under an alias.

The Customs Service is not saying whether its computer system allows for it to check for other names or aliases when someone is leaving New Zealand.

In a written statement, it says no alarm bells were raised in its computer system to prevent Smith leaving the country.

It said it conducts face-to-passport checks and details are matched against a database of lost or stolen passports, and no alerts were raised when those checks were made.

Former chief ombudsman Mel Smith, who has warned about loopholes that could be exploited by prisoners, said the escape highlighted how government agencies failed to share information.

He told Nine to Noon it was startling that records of Philip Smith's aliases were not kept on record.

"There was a failure on the part of one government agency to inform another government agency who was a significant player in respect of Traynor/Smith and his potential ability to escape or whatever it might be."

The former chief ombudsman made recommendations to electronically monitor serious offenders when released and improve communication between agencies.