Medical specialists say there is a critical shortage of doctors trained in end-of-life care - and it is set to get even worse.

They are especially worried about unfilled training positions and are urging cash-strapped district health boards to dig deep and fill these immediately. 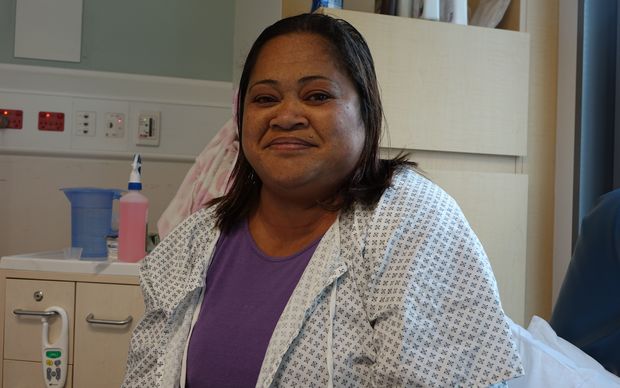 Tupou Kuma says the specialist palliative care she has received has helped her prepare for the future: "I'm off on an adventure, I call it now." Photo: RNZ / Karen Brown

Death is a topic many people prefer not to think about and end-of-life, or palliative care, is considered to be little understood or appreciated.

Tupou Kuma says she had never heard the term until her own health deteriorated after 20 years in and out of hospital.

The 40-year-old from Wellington has advanced kidney disease with complications, and is in hospital expecting to enter hospice care soon. She says the specialist palliative care she has received in Wellington has helped her prepare for the future.

"I don't think I have much of a future left. I've been told I'm going to die soon ..." But she says she is now more accepting: "I'm off on an adventure, I call it now."

Tupou Kuma says doctors have helped with pain relief and with getting her head around the future. "I think not being afraid to die ... That was one thing that really freaked me out, but just a bit of light ... a better understanding ... just the help they've given me, not to be afraid of dying, basically."

The Palliative Medicine Training and Coordination Committee (PAMTRACC) says a stocktake it has carried out for the Ministry's Health Workforce New Zealand group shows 12 positions are vacant and 18 more vacancies will occur with five years from retirement.

"If we do not also plan now for future SMO [senior medical officer] expansion so clearly needed over the next five years and only replace current vacant and retirement positions, we will remain in crisis."

The committee is calling for urgent extra funding to enable five unfilled training positions to be filled, and for international recruitment and a workforce plan.

The chair of the PAMTRACC group, Auckland specialist Anne O'Callaghan, says palliative care should occur wherever people are living with chronic illness - whether it be in a hospital, a hospice, or at home.

She says the challenges facing palliative care include improving a relatively poor understanding of the services that should be available to people at the end of life, and training more senior doctors in palliative care.

"But to keep up with the increasing interest we then need to have posts for these people to do into to be trained to become specialists, and one of the bottlenecks we have at the moment is there isn't enough training posts to actually meet future demand."

Palliative care has traditionally focused on end-of-life care for cancer patients, but a broader approach is now needed - especially for non-malignant illnesses, such as heart failure, kidney failure and liver failure, he says.

Ruth Anderson, group manager for Health Workforce New Zealand at the Ministry of Health, acknowledges the urgency involved, and knows that palliative care is critical to some government health targets.

Dr Anderson says district health boards need to prioritise funding to complement funding provided by the Government. "I think that what DHBs are trying to balance is the requirement to serve patient needs in a variety of different areas to meet targets that they're needing to meet, and it is a complex situation."

She says it has written to all DHBs asking them to fill as many training posts as possible.

A Massey University nursing professor, Jenny Carryer, says while specialist palliative care is crucial, nurse practitioners could also do the work with shorter and less expensive training. Professor Carryer says many nurses have completed master's degrees, and qualifying as nurse practitioners would involve a year or two at most of extra training.

The Ministry's group manager for personal health service improvement, Deborah Woodley, says considerable work is under way by the Palliative Care Council and others to meet future needs for this type of care.