Sharing stories of domestic abuse is the way to stop it, a former abuser who shares his past to help others like him says.

A report, released today by an independent inquiry into child abuse, estimates family violence is costing the country $7 billion. 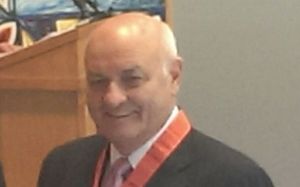 The study was commissioned by the Glenn Inquiry, set up by businessman Sir Owen Glenn.

It looked at the health costs of treating victims, the cost to social services and the loss of productivity, and found abused children bore more than $1 billion of the total.

Vic Tamati is no stranger to violence, growing up believing beatings were a part of everyday life.

He now speaks out for anti-violence campaign It's Not Ok to help others who have walked the same path.

He turned his life around and got help in 1992.

He said the $7 billion figure was eye-watering and believed more people like him needed to come forward with stories about violence, to raise awareness and make change.

"They just had no idea that the stuff they were doing is violent. Having someone like me go out and tell them, they sit up and take notice...they say 'bro, you're telling my story'."

The study said if nothing was done to address the problem, the financial and economic burden could grow to nearly $80 billion in a decade.

Gerry Brooking, a co-ordinator with the Violence Free Network in Wairarapa, said only 20 percent of family violence was reported.

She expected the cost to be more than $7 billion, because the cost of a child's abuse could come along further down the track.

"Their learning is impaired from very young, that doesn't even calculate what that costs in terms of their reduced prospects, economically or educationally or even in life."

A long-term approach to change was needed, rather than knee-jerk reactions as was often the case.

The study also found 51 percent of the cost was the burden victims carried through pain, anxiety and depression, physical injury and premature mortality.