Nearly two dozen whales have been guided back into open water in eastern Bay of Plenty after a mass stranding but others have died or been put down. 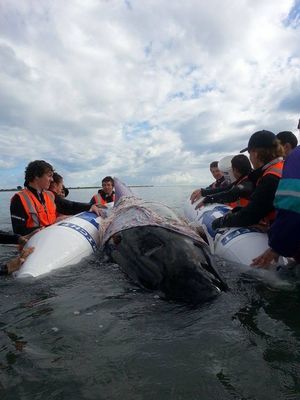 Rescuers try to save the whales. Photo: Project Jonah

Two pods of pilot whales came into Ohiwa Harbour near Ohope on Monday afternoon and some died or were put down.

Department of Conservation staff and volunteers refloated 30 yesterday but others came into the harbour and beached themselves on Whangakopikopiko Island at the harbour mouth.

Steve Brightwell of DOC said the whales came into the harbour after one that was unwell beached itself.

The surviving 21 were slowly guided toward the harbour entrance late this morning.

Mr Brightwell said about 25 were found dead at first light this morning, in addition to 11 whales that were euthanised yesterday.

Local iwi will now be consulted over what will happen with them.

Other stories on whales 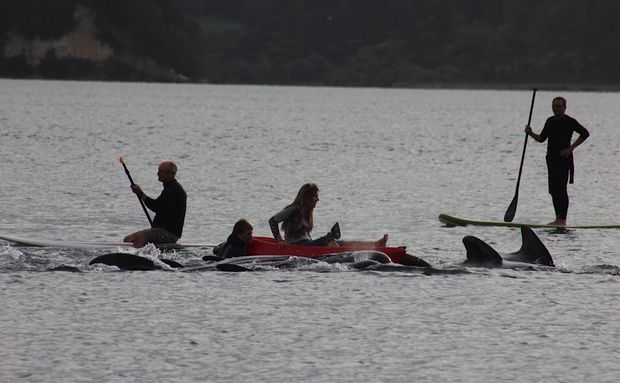 The pilot whales came into the harbour on Monday afternoon. Photo: Lizzie McCleary 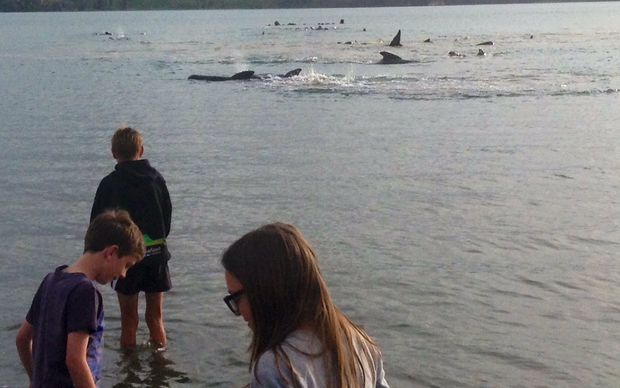