Health authorities are warning people not to use a so-called miracle cure being promoted in this country by an American church. 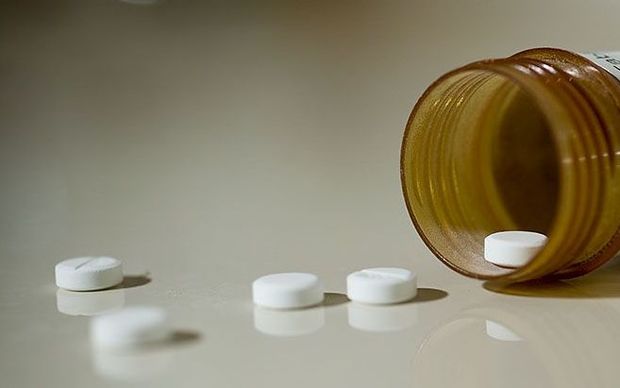 Miracle Mineral Solution was being promoted as cure for many illnesses from Ebola to cancer, but Medsafe said people should not take it, and a New Zealand manufacturer of the product said it had the potential to explode, causing blindness.

Founder of the Genesis II church Jim Humble was currently touring Australia this week and was coming to New Zealand this weekend to promote the product.

The church's website claimed that over the past 17 years, its Miracle Mineral Solution had cured almost every disease in the world including AIDS, cancer and malaria.

However medical authorities both here and in Australia warning people against taking the product.

Miracle Mineral Solution is sodium chlorite, which was mixed by the consumer with citric acid.

Tad Krogulek, director of New Zealand company Southwell Industries which makes sodium chlorite, said it could explode as it was mixed.

"What could happen is that once you make it you would get a small explosion, you'll get a face full of sodium chlorite, water and citric acid which could blind you."

The National Poisons Centre also said that could happen, but not enough was known about the product.

The church group will host a three-day seminar this weekend in Ngatea, an hour out of Auckland - which costs more than $600 to attend - and denied the product was harmful and said it had been selling it for years with no complaints.

However, MedSafe group manager Dr Stuart Jessamine said the product was unproven as a safe and effective medicine and it would investigate whether it should be restricted under the Medicines Act.

"This product in particular does contain a concentrated bleach and you should not be consuming it internally, so if you've got some, throw it away."

The website had modified its claims when it was spoken to in 2010 but wat is under investigation for again making claims it could not back up under the Medicines Act, he said.

Product 'not a miracle cure'

In Australian health authorities said four people had been hospitalised after drinking the product.

Australian Medical Association Victoria president Tony Bartone said it had the same ingredients as bleach, and was far from a miracle cure.

"There is absolutely no proof or any suggestion to say it's anything more than bleach," he said.

"We know people have ended up in hospital with the effects of poisoning from the solution... It has no place in our society."

Victoria University professor, Shaun Holt said he raised the alarm about the product four years ago, and it should be avoided at all costs.

"The instructions on the product tell you to take until you actually vomit and it can be so severe you can severely yourself which can lead to all sorts of clinical problems so there's no potential benefits from this, only harm."

He said the seller is preying on sick people and while selling the product should be illegal, it could be difficult to ban it.

"Whatever laws you introduce people will get around these people find ways around them."

He said that people should be aware of the risks they face when buying Miracle Mineral Solution.

"What I'm trying to do is educate people to stay away from these and similar products."

"It could be dangerous and to be honest the people promoting this need to be very careful about promotion, or of claiming health effects of a solution, because that's actually against the law."

The seminar was taking place at the Ngatea Water Gardens and its owner Roger Blake denied the product was harmful.

He said the solution was not just bleach and he had been selling it for years without any complaints.

"Science, and it is a known fact, tells us that it will kill virtually all pathogens, [and] bacterial, viral and fungal problems," he said.

"The good thing about it is unlike antibiotics there's no disease that can build a resistance to chlorine dioxide as it can to antibiotics."

Microbiologist and University of Auckland lecturer Siouxsie Wiles said the product had been on her radar for a few years and is used as a pool cleaner in Europe.

She said while it might kill germs, it was far from being safe.

"We use a lot of these kind of substances as disinfectant, it's what we clean our hospitals with.

"But nobody would suggest that you drink any of these things you would clean a hospital with, or your kitchen with, and that's what this is."