The Educational Institute says it is the Government, not the union, that is misinforming people about a major education policy. 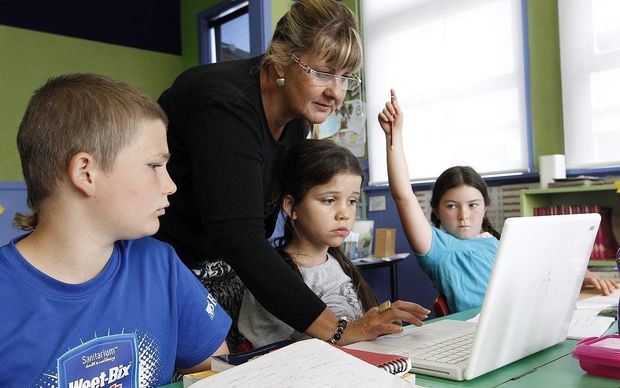 Primary school principals are divided over committing to the policy. Some question if its $359 million cost could be put to better use. Photo: PHOTO NZ

The institute is running a campaign against the plan to pay good teachers more to work in groups of schools.

The Investing in Educational Success (IES) policy was aimed at raising student achievement and sharing teacher expertise among schools. It would create so-called communities of schools, with new roles of Executive Principal, and expert and lead teachers.

The policy would pay those teachers and principals two days a week to work in other schools.

The Ministry of Education called for expressions of interest in joining the scheme just over two months ago. It said the response has been very encouraging, with 33 groups covering 150 schools formally expressing interest.

The Ministry said information used in the NZEI campaign was not correct, and it had asked the union to change it.

But the institute said the Ministry's complaint concerns minor calculations about the cost of teachers and it stands by its argument that the $359 million allocated to the policy would be better spent on other things.

The union said the Government had misinformed people about the policy because it was not flexible and had divided schools rather than uniting them.

Primary school principals were divided over the flagship education scheme and need more clarity before they commit.

The president of the Waikato Primary Principals' Association, John Coulam, said it appeared that few of the more than 2000 schools are opting in, and principals are in a difficult position.

"The principals I've spoken with have felt caught between a rock and a hard place. The PPTA of course have signed up for the IES policy and the primary teachers' union, the NZEI, has advised members to leave it alone - so it's sort of left principals caught."

Mr Coulam said principals and school trustees needed clearer information about the pros and cons of the policy.

The president of the Auckland Primary Principals' Association, Deidre Alderson, said its members are split over the issue.

"The feedback that we're getting is quite divided. Some principals like the idea of the IES, they like the initiative around working collaboratively together and these are things that most schools are already doing, and on the other side there are still many of us who are feeling very uneasy about the approach of the IES."

Ms Alderson said the main criticism from principals opposing the scheme is that its $359 million cost would be better spent on other aspects of education, such as special needs.

But some schools have put their hands up to potentially join the first wave of school clusters to use the scheme next year.

Renwick School principal Simon Heath said his school and another have registered their interest because they want to find out more about the policy.

"At this stage we're leaning towards let's explore this, let's get our hands dirty a little bit and see what we can do in terms of raising student achievement, which is the bottom line, through sharing expertise, sharing knowledge and working together as a community."

Mr Heath said he would rather help shape the scheme from the inside, than criticise it from the outside.