The Singapore government will soon be a major shareholder in several well-known properties on Auckland's waterfront.

They include the Air New Zealand building, the Fonterra building and the Viaduct Corporate Centre. 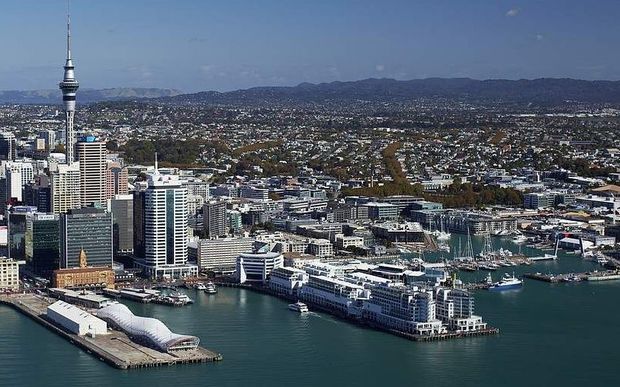 Goodman Property Trust is selling a 49 percent stake in its properties in Auckland's Viaduct Quarter to the Singapore government's sovereign wealth fund in a $153.6 million deal. Photo: PHOTO NZ

GIC, a leading global investment fund owned by the Singaporean government, is set to acquire a 49 per cent stake from Goodman Property Trust which will maintain the other 51 per cent.

The deal is initially valued at $153.6 million but is hoped to grow to around the $500 million mark.

Goodman Property Trust chief executive John Dakin said GIC had been actively looking at the property market here for quite some time.

"The transaction is evidence of their faith in that area of Auckland which they are very positive about, and also I think it's very positive for New Zealand more generally, that we are starting to attract investors of this quality."

Mr Dakin said there was a lot of demand for industrial development in the area at the moment.

"We've got a good level of industrial demand for new pre-commitments in Auckland as well. It's really a matter of re-investing that in those sorts of projects.

"And we also expect to expand the venture with GIC in the Viaduct area in time as well with new developments."

Auckland mayor Len Brown said there was likely to be a significant rise in the number of New Zealand and international partnerships in the property market.

But a spokesperson for the Campaign Against Foreign Control of Aoteroa, Murray Horton, said it was another example of New Zealand being alienated.

"We're sort of very fond of sort of saying that we are the most efficient dairy farmers in the world, but what we're saying here is that we, the country of New Zealand, is the cash cow and we are being milked."

"The future expansion of Auckland and downtown at the viaduct, such a critical part of the city's development, should be for the benefit of our economy, not some other economy."

"There's a good, sensible vision in terms of the city that came through in the Auckland spatial plan, that the mayor calls the Auckland Plan, and it's giving a degree of confidence now that Auckland's got its mojo working."

Connal Townsend said the widespread nervousness being felt in the European market is working in New Zealand's favour.

He said this country was offering a safe, low-risk investment opportunity - and has questioned why foreign investors are taking advantage of the market conditions, and why the Superannuation Fund is not.

"If you've got some money in say a superannuation fund or whatever, and you want to put a little bit into term deposits and something into bonds, and where else am I going to put my money, then commercial property is now starting to look like a good, solid, reliable place to invest it. It hasn't quite got the difficult past that it once traditionally had."

The deal is yet to get approved by the freehold landowners of the Fonterra and Air New Zealand building sites and by the Overseas Investment Office.

It comes just days after a Chinese development company, Fu Wah, was given official approval to build a five-star hotel at Wynard Quarter.