The family of a former Kiwi killed in Indonesia has asked the New Zealand Government to intervene on their behalf, amid concerns over the way the case is being handled. 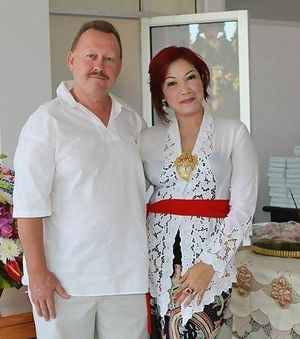 Robert and Noor Ellis had been married for 25 years. Photo: AAP / Facebook

His son, Kelvin Ellis, who has just returned from Bali, said no one would tell the family what was happening, and everything they knew about the 56-year-old's death was from the internet.

"We are getting no information as his New Zealand family. We're at our wit's end, so we thought we just have to go public and get some help."

Kelvin Ellis said he had learned the accused had been given access to the crime scene several times, which was not the right or just way to do things.

The family had approached the Ministry of Foreign Affairs and Trade and the Government in New Zealand asking them to speak to the Indonesian government to make sure a proper investigation was conducted, he said.

However, MFAT said today that it could not help. It said Mr Ellis entered Indonesia on an Australian passport, and the Australian government has consular jurisdiction in the case.

The ministry said that in any case, New Zealand was unable to intervene in another country's judicial process.

Robert Ellis was a big investor in airlines, hotels and resorts, as well as running his own telecommunications company in Indonesia. His parents live in New Zealand and he is to be buried here on Saturday.