A prominent Australian businessman will be laid to rest in New Zealand following his death in Bali last week, which police allege was organised by his Indonesian wife of 25 years. 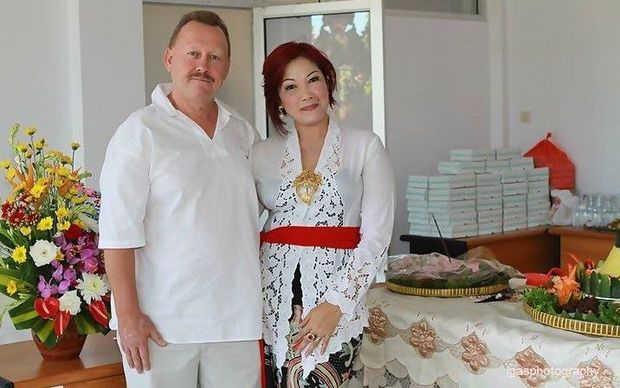 Robert and Noor Ellis had been married for 25 years. Photo: AAP / Facebook

Police in Indonesia say that Noor Ellis planned Robert Ellis' murder by paying her maid's boyfriend to slash his throat.

Police are considering charging Ms Noor with premeditated murder, which can carry the death penalty.

Robert Ellis was a big investor in airlines, hotels and resorts, as well as running his own telecommunications company in Indonesia.

Ross Taylor has known Mr Ellis for over 23 years and said he was devastated by the news of his death.

"I stayed at their home on many occasion and I acted as a guardian for the two boys over many years. He was a hard businessman, he was very successful.

"As a private person, he was an absolute gentleman. He was an ethically decent man but not only myself but also my wife couldn't think more highly of him."

"He often said just in passing, if anything ever happened to him, he wanted to return to his Mum and Dad and go home to New Zealand."

Mr Taylor said two of Mr Ellis' four children, John and Peter Ellis, have flown to New Zealand and hope to get their father's body in the next few days.

A funeral service is planned for Saturday.