A lawyer acting for the Earthquake Commission has told a high court hearing in Christchurch that a judicial review will be a difficult case to rule on.

The review, to determine whether the Commission is liable to pay to remediate land that is at increased risk to flood damage because of quakes, began in Christchurch this morning. 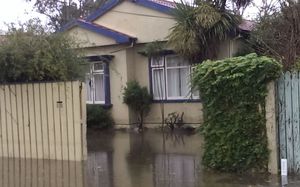 The EQC has sought the declaratory judgement to clarify whether the approach it is using to settle claims arising from flooding is the correct one.

Sixteen lawyers, representing the EQC, the Insurance Council, insurer Southern Response and a group of flood-prone residents known as the Flockton Cluster Group are in court, along with three high court judges.

EQC lawyer Jack Hodder QC told the court this will be a difficult case to rule on because it is dealing with issues that cannot be seen, and involves complex issues with little legal precedence in New Zealand or around the world.

Many Christchurch residents argue that the earthquakes of 2010 and 2011 have lowered their properties and they are now prone to flooding.

They say the EQC has used irrational criteria to determine their properties are not at increased risk.