Almost 400 New Zealanders are yet to confirm if they will accept an opportunity to attend next year's World War I centenary commemorations at Gallipoli, and travel agents are warning if they do not hurry, they may miss out. 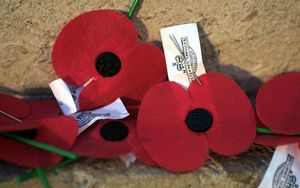 The New Zealand Government has been allocated 2000 places and the Australian Government 8000 places.

Current pass holders must register their acceptance and travel arrangements with the Government by 25 October, at which point all unconfirmed or returned places will be allocated to those next on the waiting list.

A specialist in Gallipoli tours, Robyn Galloway said the deadline was the same day for Australia.

She said the same-day ballot release may mean New Zealanders who successfully move up the waiting list may miss out on tour and cruise spaces because Australians will be competing for the same spots.

About 10 percent of New Zealand's population, which was 1 million at the time, served overseas. Some 18,000 died and another 40,000 were wounded.