The New Zealand Breakers basketballer Reuben Te Rangi will play against the Adelaide 36ers tonight despite being convicted of a violent assault today. 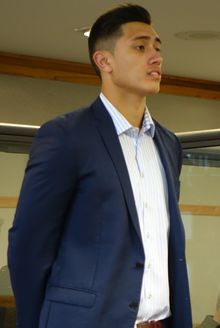 Te Rangi appeared in the New Plymouth District Court today and asked for a discharge without conviction, saying a conviction would compromise his career opportunities overseas.

However, Judge Noel Walsh dismissed his application, saying the violence inflicted by Te Rangi was abhorrent and it would send the wrong message if he granted a discharge.

The Breakers chief executive Richard Clarke said Te Rangi was on the roster tonight and his coaches would assess his mental state before tip-off.

Mr Clarke said the basketballer had gone through the legal process and accepted the consequences of his actions.

"Reuben's a great kid with a huge future, and he made a really, really bad mistake.

"Hopefully it's one of those watershed moments everyone has in their lives where they can chose which direction to go, and we think Reuben's the guy who's going to make all the right choices."

He was also ordered to pay $1000 reparation to his victim for emotional harm. 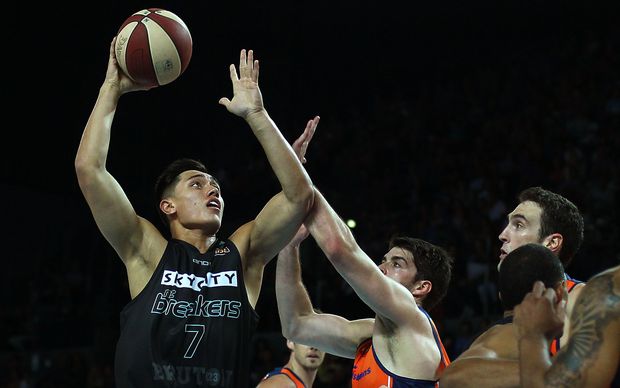 Reuben Te Rangi of the Breakers goes to the hoop. 2014. Photo: PHOTOSPORT