While some school principals say they are pleased with today's transfer of Novopay to a Crown-owned company, they still have criticisms of the troubled payroll system. 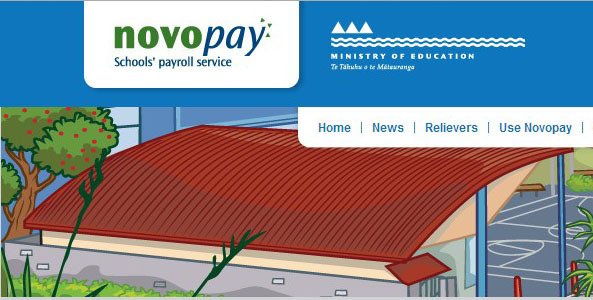 Ownership of the much-maligned school payroll system, which has been dogged by problems, passes from Australian company Talent2 to the Government today.

Principals said there are fewer problems with Novopay, but it was not the easy-to-use, modern payroll system they were promised, and they doubt it ever will be.

She said Novopay was working much better now, but it remains to be seen how well it will handle the complicated end-of-year process.

"A lot of people will be waiting to see what happens with that and how that process works through this year, because tt certainly does need to be a lot better than it was last year."

However, some school leaders were happy with the change.

They said it took out the middle-man and made the Ministry directly responsible for Novopay's success or failure.

"It removes the whipping boy, Talent2, from the equation and it means that the ministry is now going to be answerable to the sector for future changes, improvements, developments, problems and issues that emerge from this point on."

Novopay was dogged with problems right from its introduction just over two years ago, and has cost more to fix than it did to build in the first place.

At its worst, the system was under-paying, over-paying or failing to pay thousands of teachers in a single pay run.

Those days are well behind it, and the Education Ministry said the system was now consistently below the acceptable error-rate of 0.5 percent.

Nevertheless, the Government announced in July it would take over the payroll from its Australian owner, Talent2, and school leaders have welcomed today's transfer.

"Schools and the sector won't see any immediate difference, but there will be improvements down the track," she said.

"In the first instance it's business as usual, however the government-owned company will enable us to build on the improvements that have already been made - it will just provide a much better platform for continuous improvement."

Ms Magiannis said Novopay's software was largely stable but the help and advice provided to schools could be improved.

Novopay - the story so far

Novopay was introduced in August 2012, overdue, and at a cost of $30 million in development costs.

It was designed to provide schools with an easier, web-based way of sending instructions for the country's biggest payroll, paying about $160m a fortnight to 90,000 people.

But schools started to spot problems even before it made its first pay run at the beginning of September that year.

The problems were so bad that at the start of 2013, the government assigned a minister, Steven Joyce, to the specific role of fixing Novopay and paid schools $6m to compensate them for the extra administrative costs caused by Novopay.

Early in 2013, a technical review said most of Novopay's problems were due to it being based on an off-the-shelf payroll programme, rather than purpose-built from scratch. IT specialists said the review indicated panic and crazy practices at Talent2.

In June 2013, a ministerial inquiry laid most of the blame for Novopay's failure on the Education Ministry's lack of experience and poor governance. It said the ministry's advice to ministers about Novopay was inconsistent, overly optimistic and sometimes misrepresented the situation. The report prompted an employment inquiry into two senior ministry staff who later resigned.

By its first birthday, the Government said there was still a backlog of mistakes to fix, but the error rate with each pay day was less than 0.5 percent.

Novopay was supposed to cost $182m over 10 years but with barely two years passed since its introduction, the bill is already at more than $100m. That includes $45m for fixing problems with the software and providing extra support and compensation to schools.

The Government says the transfer of Novopay to the Government is worth $18-$22m, including $7m in cash and the remainder in software rights and discounted maintenance and support fees. It says it will pay Talent2 $9.6m over the next six years for the rights to use the software that underpins Novopay.