The Government will take over the running of the Novopay school payroll system and has reached a cash settlement with the Australian company Talent2.

The school payroll is the biggest in New Zealand, paying about 90,000 people every fortnight, but has been beset by problems since its introduction in August 2012.

But after months of work, the error rate is vastly improved, from 628 schools being affected at the start of 2013's first pay period to 32 in the most recent pay period.

A new government company will be set up to run Novopay and Talent2 will licence the payroll software to that company. Talent2 will also pay a settlement package worth between $18 million and $22 million to the Government. This includes $7 million cash, the transfer of assets including the software, and discounted fees for the ongoing support and maintenance of the software. 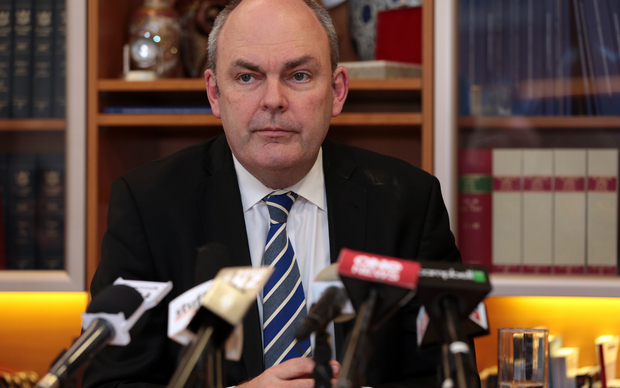 Steven Joyce, the Minister responsible for the beleaguered Novopay system, said on Wednesday it was a logical next step to put it under Government management. He reiterated that the settlement included the Government paying $9.6 million to Talent2 for the use of its software over the next six years.

Mr Joyce told Radio New Zealand's Checkpoint programme there is blame attached to the contractor and the way the Ministry of Education ran the contract, which has been clear since a ministerial inquiry.

"No I don't think anybody's covered themselves in glory in terms of the way this contract has unfolded."

The new company is to take over responsibility for the payroll and the service centre on 17 October. All Talent2 staff working on Novopay will be offered positions with comparable pay, duties and conditions. Mr Joyce said the sum has been independently tested by accountancy firm Deloittes.

Prime Minister John Key said the pay system is now stabilised and it's the right time to take over.

Principals say they are happy with the Government's takeover of Novopay, but aren't expecting rapid improvements.

Those spoken to by Radio New Zealand say though there have been some improvements, the system is still not fixed. Some staff are not being paid correctly, despite many emails and phone calls to try to rectify the errors.

Ashburton College principal Grant McMillan said the takeover is great news, as the current system was not improving fast enough under Talent2, but it'll take some time to iron out the problems.

"But I hope by this time next year we've actually got a stable, reliable payroll that pays people properly every fortnight," he said.

Labour's education spokesperson Chris Hipkins said it will be cold comfort to teachers and school staff still struggling with Novopay that the National Government has finally stepped in to rescue the failed payroll system two years after it was introduced.

Mr Hipkins said because of the incompetence of National ministers, taxpayers were now footing a multimillion-dollar bill.

The Green Party said the end of the disastrous Novopay system must not serve as a stalking horse for the bulk funding of teacher salaries. The party said it was well known that National wanted to bulk fund teacher salaries and this was the obvious next threat on the horizon.

Prime Minister John Key said on Wednesday that teachers will be relieved the Government has control of the process, but Green Party co-leader Metiria Turei disagrees.

"This is a government who has proposed the concept of bulk funding for schools in the past, which is extremely concerning to schools in the education sector. Now that they have decided that they want to nationalise the pay process, I think teachers and schools will be even more concerned."

"It is good to see Novopay come back into public control - but this debacle should never have happened in the first place."