A paedophile being extradited to Britain in connection with the investigation into the disappearance of preschooler Madeleine McCann, is also wanted in New Zealand. 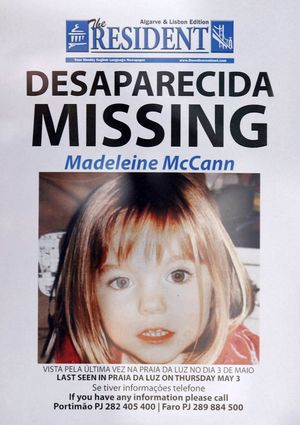 Roderick McDonald was arrested earlier this week in Malta over the rape of a child under 13.

According to documents from the British police, McDonald, also known as Roderick Robinson, was arrested in New Zealand in 2009 for child sex offences.

He was granted bail on the basis that he surrender his passport but then used a stolen passport to leave the country and fly to Portugal.

McDonald, now 76, has a string of child sex offences to his name, with convictions in Britain, Australia and Thailand.

British police want to question him about his involvement in paedophile gangs operating in Portugal's Algarve in 2007, the time and place that Madeleine went missing.

The New Zealand police had no comment last night.