The search for Madeleine McCann has taken a new twist, with reports Scotland Yard detectives are going to Portugal to oversee digging around the resort where she vanished from seven years ago. 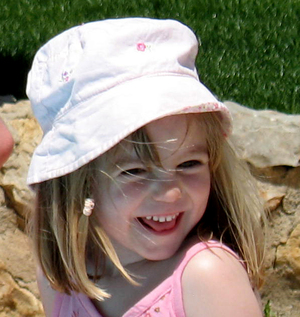 Madeleine McCann, the day she went missing from the family's holiday apartment in Portugal. Photo: AFP

Citing police sources, reports in London say a team of forensic officers will use radar equipment to look underground for clues to the British girl's disappearance, AAP reports.

Madeleine's parents, Kate and Gerry McCann, have been told of the plans to search three sites near the Praia da Lux resort but they are not expected to go to Portugal.

Three-year-old Madeleine went missing from her bed on 3 May, during a family holiday.

Scotland Yard started a review of the case in 2012 after Prime Minister David Cameron responded to a plea from her parents.