Senior doctors say changes will be needed at the Southern District Health Board (DHB) if it is to regain the confidence of frustrated clinicians. 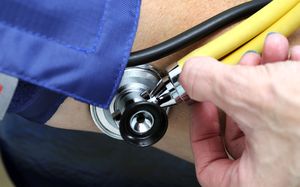 Doctors said the DHB's obsession with its $16 million deficit had created an atmosphere of blame and stress.

Psychiatrist James Knight said he was moving to a new job because of frustration over the drive to cut costs.

Dr Knight said the DHB had an obsession with its deficit and many senior doctors felt disgruntled at a lack of opportunity to influence its direction.

"Why are experienced, committed clinical leaders saying: 'We're beating our head against a brick wall'?"

Doctors said that their own input was undervalued.

"There's really a failure to appreciate that if you don't listen to your clinical advice at the time that it's given, your financial position will be worse down the track and some of the chickens are coming home to roost," Mr Powell said.

Nurses also said that a growing focus by DHBs on deficits was affecting staff morale.

"The DHB has made some attempt to address staffing levels, but our members are still saying that they're working far too hard, under enormous pressure, and we attribute that directly to the underfunding, of not only Southern DHB, but right across the sector."

But the DHB's medical director of patient services Richard Bunton said that along with the $16 million deficit there were other difficulties.

"It has a problem with regards to its own plant and its own buildings, and that is certainly past the use by date, and so we're very acutely aware that we have to work very, very hard to demonstrate that we can live within our means so that we can move forward with some of the work plans that we have."