Alex Swney has enjoyed two decades in the spotlight as the promoter of Auckland's CBD, including a series of unsuccessful attempts to break into politics. 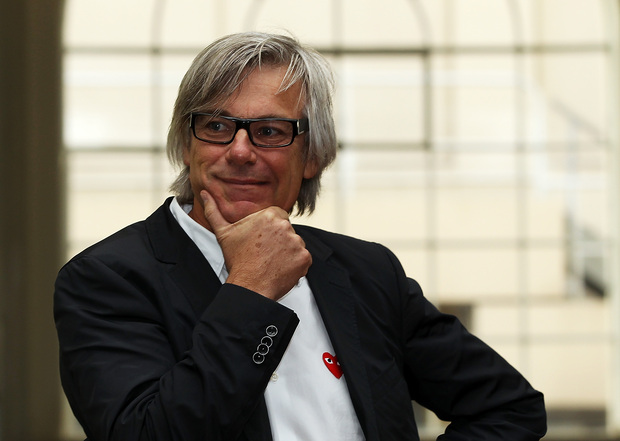 At Christmas, Mr Swney would have celebrated 20 years since creating Heart of the City, the downtown promotion agency which provided the platform for his high profile in inner-city life.

Yesterday, he appeared at the Auckland District Court where he denied 39 charges of tax evasion. The IRD alleges tax of almost $1.8 million was unpaid, and a further $1.3 million is owed in penalties and interest.

Suppression orders had previously prevented Radio New Zealand from naming Mr Swney and the Auckland business association, Heart of the City, which is partly publicly funded.

The 57-year-old became the "go-to guy" for national and local media wanting a colourful take on everything from the proposed extension of the city's wharves to re-paving downtown footpaths.

Mr Swney was an easily-recognised figure around town, commuting on a Vespa motor scooter.

Alex Swney had a long but personally unsuccessful role in centre-right politics in Auckland. He was one of the founders of Auckland Now, the centre-right local body ticket which won two seats on the Auckland City Council, although Mr Swney himself failed to be elected.

In 1999, he stood unsuccessfully for ACT in the Tamaki electorate and the following year missed out on a seat on the Auckland Energy Consumers Trust, which owns 75 percent of lines company Vector.

Other failed tilts at city politics included a run for the Hobson ward seat in 2001, the mayoralty in 2007 and the Waitemata and Gulf Ward in 2010, when the amalgamated Auckland Council was created.

Heart of the City born

The repeated failures to enter politics did not dent the enthusiasm with which he led Heart of the City (HOTC), an incorporated society which initially represented downtown firms.

It has grown to become one of 48 business associations in the Auckland region, through which Business Improvement Development (BID) programmes are run. These are funded by targeted rates collected by the Auckland Council and used to improve business areas.

Heart of the City's board, on which Alex Swney sits as secretary, and its members determine each year what the budget will be, and that sum is raised by Auckland Council through rates. The money is paid from the council to HOTC quarterly.

The most recent financial statements filed by HOTC shows it has income of $4.5 million, 80 percent of which comes through Auckland Council's targetted BID rate on properties in the central business district.

Alex Swney has continued actively as the chief executive of Heart of the City, and as a member of the Auckland Council's City Centre Advisory Board, which last met on 24 September.

Watching from the outside, Mr Swney's public life continued unchanged while the court proceedings continued under name suppression, which was lifted yesterday.

His work as an advocate for the downtown area was noted publicly at the opening of the O'Connell Street "shared space" revamp on 19 September when the chair of the Waitemata Local Board, Shale Chambers, praised the work done by Mr Swney and Heart of the City to help make it happen.