Dunedin mayor Dave Cull says it is time for the city council to carry out a full review of its assets and investments. 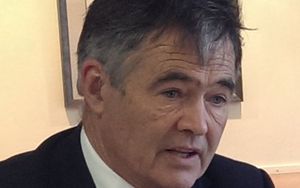 The Dunedin Ratepayers and Householders Association has long been calling for the sale of some assets as a way of reducing some of the South Island council's $600 million debt.

Mr Cull said today that some councillors are calling for asset sales to be put on the agenda early next year.

However, he said before that conversation takes place, a full review of council-owned assets and investments is needed in order to see how any earnings or dividends could offset rates.

"We have to make decisions on good investment advice and business thinking. We don't have these assets just because it's a nice thing to have, and neither should we be getting rid of them just because some people might think that it's not the business of councils to own companies."

Mr Cull said if assets were to be sold, Aurora, Delta and forestry assets would be considered. "We've also got the Waipori Fund, which is probably earning very little more than the cost of debt."

However, the mayor said Dunedin Airport is a strategic asset that the city should keep.