Equal pay advocates say a growing gap between what women and men are paid is disempowering and unfair. 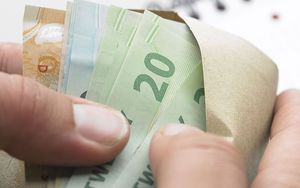 Statistics show a growing gap between what men and women are paid. Photo: Photo NZ

Statistics New Zealand's income survey for the June quarter showed women on average earned $24.70 an hour, while men were earning $28.70.

The lobby group Pay and Employment Equity Coalition said the difference of $4 an hour was equal to about 14 percent of the average wage.

Last year the difference between what men and women earn hourly was $3.53 last year, the group said.

Coalition spokesperson Angela McLeod said it was even bigger than it seemed.

"What that means in percentage terms is that women are being paid 86 percent of what mean earn, and so it's gone up,

Teacher union the Educational Institute said the gap was another example of growing inequality.

National secretary Paul Goulter said education support workers - who are mostly women - were a classic example of the growing gender inequality in earnings.

He said such workers were paid significantly less compared with the male-dominated job of a Corrections officer.

"The Government commissioned a proper study of that six years ago under the Helen Clark-led Labour Government that discovered a gap of up to $8 an hour between what a comparable group of males were earning and what this group of female workers were earning.

"The Government canned that, said it didn't believe it and we've been unable to close the gap."

The association said essentially the situation should be equal pay for equal work done.

"The harsh reality is you have, probably a preponderance of women working in things like elderly care, health care and so on, maybe where the pay is relatively low, that's what drives these numbers.

"I'm not sure that there's really any alarming trend that'd developed, if you look at the bigger companies, they've got diversity policies."