New Zealand officials have formally requested that the Malaysian defence attache accused of a sex crime is extradited from Malaysia to face charges. 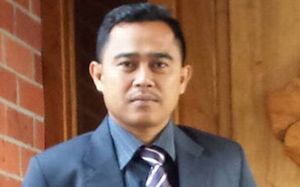 Muhammad Rizalman was charged in May this year with assault with intent to rape a woman in Wellington, but claimed diplomatic immunity and fled the country.

In a Ministry of Foreign Affairs and Trade (MFAT) botch-up, the 35-year-old was allowed to leave despite Malaysia being prepared to waive his immunity.

In early September, a Malaysian news website said the government there was ready to send Mr Rizalman back to New Zealand to stand trial and it was waiting for a request from the New Zealand Government to do so.

MFAT said today there was no extradition treaty between New Zealand and Malaysia, but lawyers have been working through complex legal arrangements.