Foreign Affairs Minister Murray McCully has been questioned in Parliament over when his office was first told of the Malaysian diplomat botch-up.

After being charged with burglary and assault with intent to rape a woman in Wellington in May this year, Muhammad Rizalman was allowed to claim diplomatic immunity and leave the country. 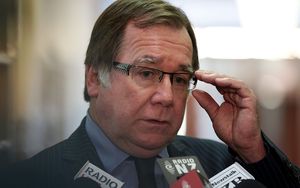 In a Ministry of Foreign Affairs and Trade botch-up, the 35-year-old was allowed to leave despite Malaysia being prepared to waive his immunity.

One of Mr McCully's staff members received an email in New York on 22 May reporting that Mr Rizalman had returned to Malaysia. However, that email was not opened until June.

Jonathan Coleman, speaking on behalf of Murray McCully, told the House on Wednesday that the correspondence will form part of the inquiry into the incident.

"The inquiry initiated by the minister reflects the fact that the management of this case and associated events have had a serious impact on a young woman and have quite rightly undermined public confidence in the management of diplomatic immunity."

Dr Coleman said Mr McCully expects to be interviewed as part of that inquiry.