A structural engineer has told the High Court in Christchurch he has never seen a house settle back evenly on its foundations after being affected by liquefaction. 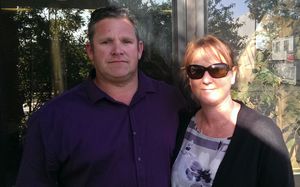 Cameron and Suzanne Kelly say their Burwood home was damaged in the September 2010 earthquake and left uninhabitable by the February 2011 quake.

The couple say the damage to their home requires a complete rebuild - not just a repair as claimed by their insurer Southern Response and the Earthquake Commission. It is believed they are the first residents to take EQC to court over its assessment processes.

The Kellys said they had been advised their home would cost up to $590,000 to rebuild, but EQC had offered $53,000 to repair its foundations. Several houses surrounding theirs have been demolished.

A witness for the couple, Zoran Rakovic, told the court today he rejects the idea that the house could have settled fairly evenly and therefore does not need major foundation repairs.

Mr Rakovic said he had inspected a substantial number of houses affected by liquefaction, and none settled evenly.

The February 2011 earthquake caused unpredictable distortion to the ground and this would also have affected the house, he said.