A wananga has been forced to repay $5.9 million and the Serious Fraud Office called in after a Tertiary Education Commission and Qualifications Authority investigation.

The Whakatane-based wananga commissioned its own investigation which found irregularities relating to two contractors of the course. They had been referred to the Serious Fraud Office, which confirmed it had received a complaint.

A Te Whare Wananga o Awanuiarangi spokesperson said it found two contractors, in Rotorua and Auckland, had delivered the courses with little teaching.

As a result, it had cancelled 217 students' certificates and repaid $1.3 million in subsidies to the Tertiary Education Commission. 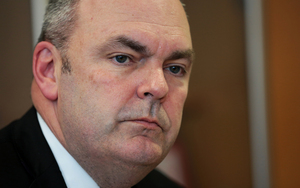 The money is in addition to $4.6 million repaid following a separate investigation on behalf of the Tertiary Education Commission and the Qualifications Authority.

That investigation found the wananga had changed the 18-week courses without permission and contractors were teaching them at the same time, halving the amount of teaching time involved.

The commission and the authority said the investigation found Te Whare Wananga o Awanuiarangi altered a course in Maori tourism in 2009 without approval and that, if the changes had been approved, they would have resulted in less funding.

Commission chief executive Tim Fowler said the wananga did not have appropriate management of its programme.

"We are very disappointed in this. The practices that were found there were totally unacceptable and, as a consequence, the money has come back to us," he said.

"Some issues have been referred on to the Serious Fraud Office, and the wananga has had to institute a raft of other remedial actions."

The commission and NZQA had introduced stronger monitoring requirements, and he had told them they should look at other institutions with similar courses which had grown substantially or suddenly in numbers.

The wananga was likely to see cuts to its future funding as a result of what had happened, he said.