The search for a five-year-old boy swept into the sea at Mount Maunganui will resume at dawn. 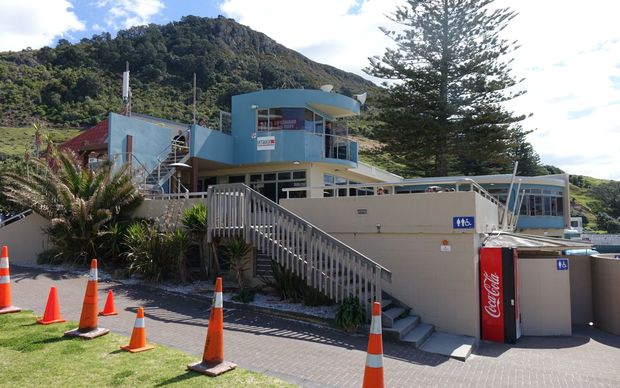 A police spokesperson said he was part of an extended family group of two women and six children at Shelly Beach.

The boy was being watched by the adults when he and two cousins, aged 12 and 14, were swept away by a large wave near the base of the mountain at Shelly Beach just before midday .

His cousins were able to cling to rocks but the boy was swept away.

Inspector Karl Wright-St Clair said it was a tragic and freakish accident, and that the boy's family was devastated.

"It's a tragic accident. It's quite a freakish accident.

"He was being observed by the family at the time. Everything seemed to be under control and this wave has just come in and swept all three of them out to sea." 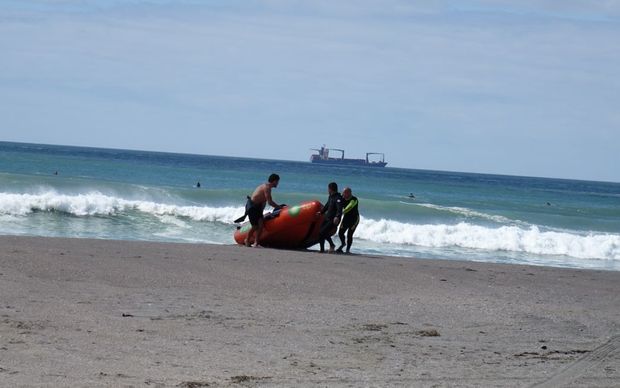 Surf Life Savers return to shore after searching for a five-year-old boy swept out to sea off Mount Maunganui. Photo: RNZ

Police, the Mount Maunganui Surf Life Saving Club and the Coastguard battled rough seas with swells of 3-4m but have been unable to find the boy.

They concentrated on a defined area around the base of Mount Maunganui.

"This particular bay is normally quite sheltered. However, in these conditions it does sort of form a washing machine-type effect, so we're confining our search to a relatively small area at this stage," Mr Wright St-Clair said.

Todd Dunham, from Tauranga's Rescue Helicopter, said the search conditions had been difficult as the high swell had led to a lot of white water around the rocks of the mountain, making it hard to see.

The search will resume at dawn.

Meanwhile, two surfers were rescued within an hour at the beach and one of them, Chilean Antonio Bicentelo, said it should have been closed.

"I didn't know, because I'm new here, but the tide's actually really strong," he said.

"In two minutes I was really inside the sea ... it's quite dangerous."