New Zealand singer-songwriter Lorde has released her new single which will feature on the upcoming Hunger Games film.

The 17-year-old released the song, titled Yellow Flicker Beat, on social media this morning and the song will be the lead single for The Hunger Games: Mockingjay - Part 1, which opens in New Zealand on 20 November. 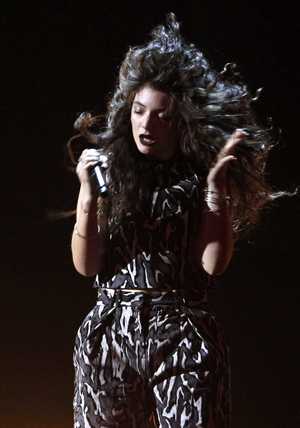 Lorde is the curator for the film's soundtrack.

The singer, who is currently on tour in the United States, posted a heartfelt message for her fans on social media site Tumblr, linking to the song and also marking the first anniversary of her debut album Pure Heroine.

"The past year of my life has seen everything around me multiply in size and number - the stamps on my passport, the number of people I have to ask before I ride on the ferris wheel after my set at a festival, the decibels that follow me when I walk around in public."

"The thousands upon thousands (wait, millions(?!!)) of you who bought Pure Heroine truly feel like friends to me..."

She said the song was her "first offering from what I hope will be a soundtrack you love."

The song was immediately met with rave reviews worldwide.

"The lyrics, paired with the dusky and lilting tone of the song, show off Lorde's skill at crafting a character that combines Katniss Everdeen's toughness with her own gothic overtones; it's cut in the same darkly grooving vein as her LP Pure Heroine," Time Magazine wrote.

Lorde won two Grammy Awards earlier this year for her song "Royals" in the categories Best Solo Pop Performance and Song of the Year.

Royals topped the charts in at least 18 countries.