A Pike River Royal Commissioner says if it was up to him somebody would have been prosecuted over the explosion at the Pike River mine that killed 29 men.

Stewart Bell, Queensland's former head of mine safety, has spoken for the first time since sitting on the Royal Commission. He is giving a series of seminars in New Zealand. 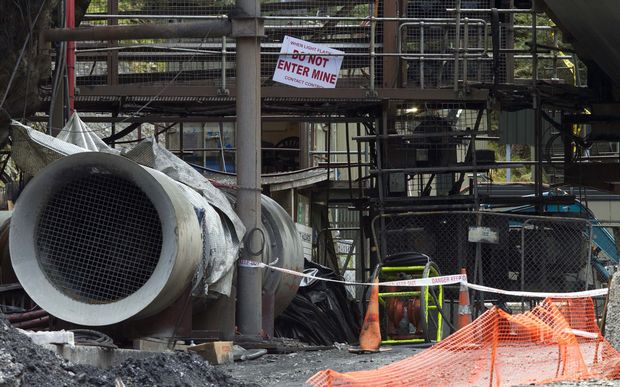 The Pike River coal mine in November 2010. Photo: REUTERS

Mr Bell said he was surprised when he heard only one person, former Pike River chief executive Peter Whittall, was going to be charged with breaching safety laws.

He was even more surprised when the former Department of Labour decided to drop even the charges.

Mr Bell said he has no doubt that had such a disaster happened in Queensland, prosecutions would have followed.

He said the attitude of Pike River management towards safety was abysmal, including ignoring 48 alarms showing methane gas levels were too high.

News last week the chances of recovering the mens' bodies was slim came as no surprise to Mr Bell.

Included in his Mr Bell's talks are screenings of A Failure to Learn, a DVD which spells out the lessons from Pike River and other, similar, tragedies.

One of the 40 mining experts who went to hear Stewart Bell was the general manager of mining contractor Geotech, Anthony Black.

He said the Department of Labour's decision not to prosecute meant its own failings did not come under scrutiny.

"The regulator in those days and probably the New Zealand government didn't want to take any responsibility for anything and have stood back from health and safety hugely, and that's part of that standing back and not taking responsibility."

Mr Black said the industry as a whole is collectively responsible for not speaking out about problems at the Pike River mine, which he said were widely known before the disaster.

"We'd been living with that on the Coast because we'd been hearing the stories and that's why you feel this guilt that it went on so long. I know some of those people and it's just an absolute indictment."

The man who brought Stewart Bell to New Zealand, Mark Parcell from the Australian Mine Safety Institute, said Pike failed for a myriad of reasons.

"From the government, the legislation, through the inspectorate, the company, the board of directors, the site management, the training of workers and their ignorance of the risks they were exposed to. The lesson for us is it can happen to anyone."

Mark Parcell says the lessons now being learned in New Zealand were learned in Australia 20 years ago.