The husband of an Auckland good samaritan who suffered serious head injuries during an attempted mugging says the family is shocked and upset by the incident. 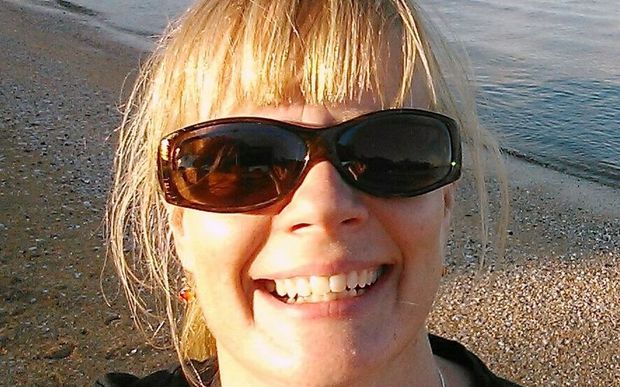 Lucy Knight, a 43-year-old mother-of-six, went to the aid of an older woman when a young man tried to snatch her handbag outside a supermarket in Northcote yesterday.

The offender, believed to be a teenager, punched Ms Knight in the head as she intervened and she fell. She suffered a fractured skull and bleeding on the brain and is is a stable condition in Auckland Hospital after surgery.

Her husband, Peter Thomas, said the family was with her in hospital and their main focus was simply being with her while she recovered.

He said the couple's children were in good hands and thanked family, friends and wellwishers for their support.

Police have tracked down the woman Ms Knight tried to help and hope to speak to her today or tomorrow.

The older Asian woman had left the scene by the time officers arrived but her family got in touch last night, and officers will speak to her later today through an interpreter.

Police have also spoken to a witness who saw the man get into a white station wagon with tinted windows. They are asking people for sightings of the car about 1.40pm yesterday.

Detective Senior Sergeant Stan Brown said police had had dozens of calls after posting CCTV footage on their website.

"With the quality of the CCTV footage and the information from witnesses we have to date, the response from the public and media, I'm very confident that we will get an arrest."

Ms Knight was at the Countdown supermarket at the Northcote Shops in Lake Road with her two- and four-year old children when she saw an attempted bag snatch and went to help the victim.

The woman had withdrawn cash from a nearby ATM machine shortly before the robbery attempt.

"Here we have what looked to be one young guy on an old lady, and I'd say most of us would react in the same way," Mr Brown said.

"This woman was acting as a good Samaritan in coming to the aid of someone who was being attacked.

"We're determined to identify and apprehend the offender as soon as possible."

Police released CCTV imagery of a man they want to speak to in relation to the incident. 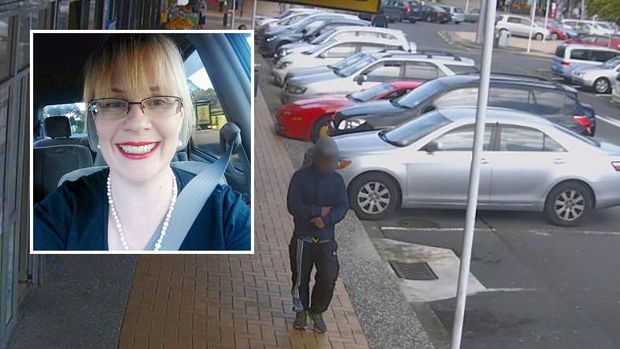 Lucy Knight (inset) and a CCTV image of a man police want to speak to. Photo: FACEBOOK / NZ POLICE

"The team immediately called the police and ambulance and helped to support the two customers involved and their children.

"We've worked with the police ... to provide footage and as much information as we can, and will continue to do so.

"This is an unprecedented situation involving a customer who was simply trying to help do the right thing, and our thoughts are with the victim and her family at this difficult time."

"We haven't had incidents of anything like this, even of bag-snatching etcetera, over the last few years and we've worked very very hard to make it the safest shopping centre on the North Shore."

Mr Wilson said businesses will look at at whether they need more security.

Victim Support chief executive Kevin Tso said it was always a difficult judgement call to make about whether to help someone in a moment of crisis.

Asked whether people may be put off from helping others, Mr Tso said he doubted it.

"It may do, because publicity around these matters, particularly when someone's seriously injured, it may deter people.

"But I think human beings being human beings, the natural reaction is to assist someone, particularly someone who looks to be vulnerable."