A biosecurity inspector has found a live scorpion inside camping gear at Auckland Airport. 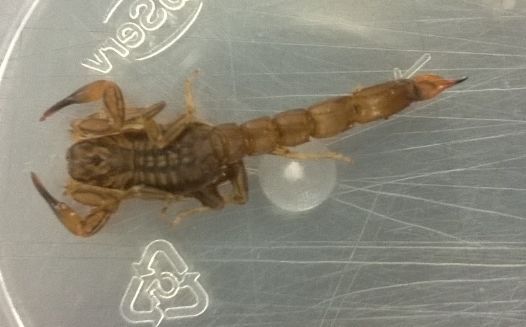 The Ministry of Primary Industries said the 5 centimetre arachnid was not moving much, but it was clearly alive and capable of inflicting a sting.

It was found in a tent coming in with a passenger from Mexico.

The Ministry said the passenger was clearly shocked and repeatedly asked the inspector whether there were any more scorpions in the tent - they were able to confirm there were not.

The Ministry said its rare to find scorpions, but easy for dangerous pests to crawl inside camping equipment.

The scorpion has since been destroyed.