The Department of Conservation is appealing for information about a series of seal shootings on Stewart Island.

In the third case this year, a New Zealand fur seal has been found shot dead. 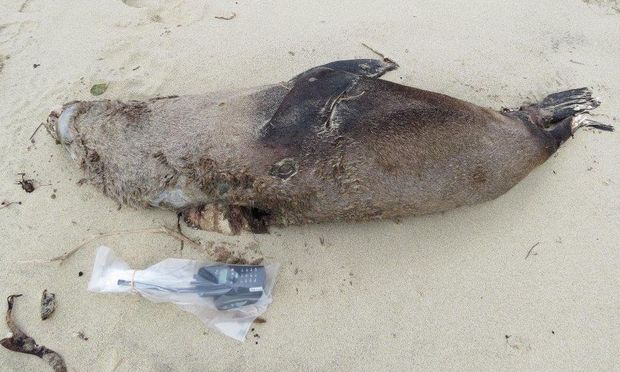 The adult male fur seal is the third to be killed this year. Photo: Department of Conservation

The adult male had a single hole in its side, suggesting that it had been shot at close range with a rifle.

Two of the critically endangered sealions were found shot dead earlier this year.

DoC's Southern Islands conservation services manager Jo Hiscock said today it is alarming because it appears a pattern may be building.

Ms Hiscock said the most likely culprits are hunters or fishermen, and she wants the public to help find them.