The Invercargill City Council says a burst pipe that is spilling sewage into Bluff Harbour should be fixed tonight. 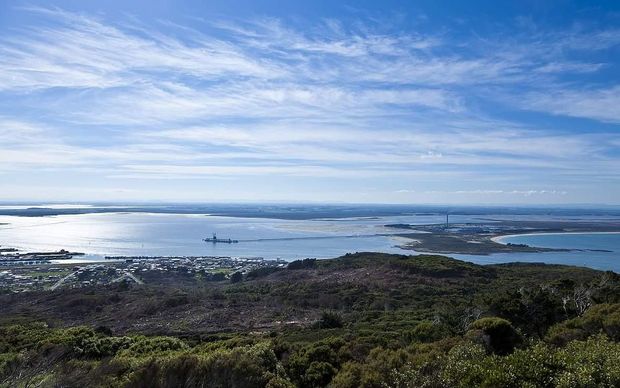 The view from Bluff lookout, looking over the harbour to Bluff township. Photo: PHOTO NZ

The council says it has been forced to truck waste out while workers are fixing the pipe and, in the meantime, locals are being told to cut down on how much water they use.

The council's acting director of works and services Russell Pearson said contractors have found the problem, which is relatively close to the pumping station, and are fixing the pipe.

"What it appears to be is that the pipe has a rubber ring joint that seals the pipe in. For some reason, that joint has failed."

Mr Pearson said they were advising people not to swim or collect shellfish from the harbour area until further notice.

He said only a small amount of sewage would have leaked into the harbour.

The pipe may take up to twelve hours to repair.