The Hagley Oval Pavilion was officially opened by the Prime Minister John Key, in Christchurch this afternoon. 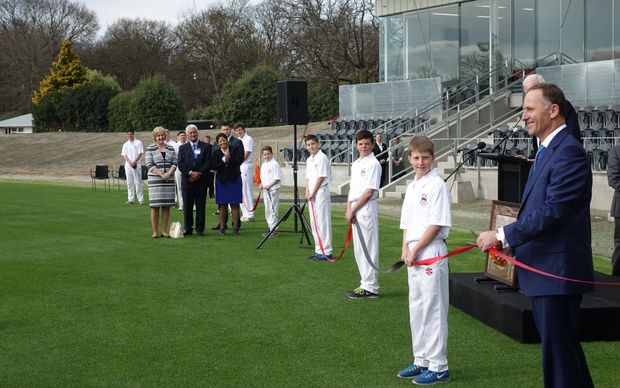 The pavilion, in Hagley Park, was built to prepare for the return of international cricket to the city, after eight years.

Sir Richard Hadlee said Christchurch had been denied international cricket for obvious reasons but the oval will be great for cricket, Canterbury and New Zealand.

The Hagley Oval will host the Boxing Day Test between New Zealand and Sri Lanka - the same teams who will play in the opening match of the Cricket World Cup on 14 February next year.

The Environment Court gave the green light to plans to develop Hagley Oval as an international cricket stadium, despite a challenge by a broad range of people, last year.