A diplomatic row has broken out with Israel over its refusal to accept New Zealand's ambassador because he also is an envoy to the Palestinian Authority.

New Zealand envoys are based in Turkey and have performed both roles since 2008. Jonathan Curr was appointed ambassador in July this year, when it was made clear that he was also the representative to the Palestinian Authority.

Israeli newspaper Haaretz broke the story and is reporting a Western diplomat as saying that Wellington is furious and insulted. 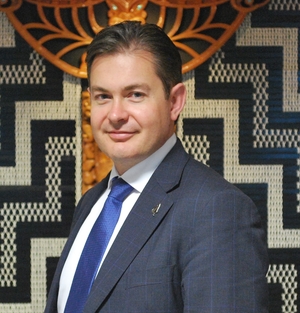 Reporter Barak Ravid told Radio New Zealand's Checkpoint programme today he does not believe it is a political decision to try send a message to New Zealand.

He said it is unclear what went wrong, as Mr Curr's predecessors represented both, but the matter was raised with an Israeli minister who made the call to block.

"One bureaucrat has decided to take an issue and to flag this issue up the chain - and you know once the wheels started rolling it was impossible to stop it."

Barak Ravid said the move shows how tense relations between Israel and the Palestinian Authority are.

New Zealand's Foreign Minister Murray McCully was told a few days ago that Mr Curr had been blocked. In a statement today, he said no concerns had been raised until now.

Mr McCully said New Zealand is looking at what arrangements can be made to ensure that it has representation for Israel and the Palestinian Authority.

In a statement, the Israeli embassy to New Zealand said the two nations have good relations, but for many years Israel has not allowed ambassadors to be accredited to it and the Palestinian Authority as well.

"We'll need to think about the logistics and the complications of that because typically, our person in Ankara is the person we've accredited to Palestine and Israel," he said.

"It would be obviously pretty inconvenient for us if we couldn't do that. We'll just need to think that through and the Foreign Ministry is going to have a look at that."