The Ashburton Returned and Services Association (RSA) will hold a minute's silence tomorrow for a member killed in Monday's shooting at the town's Work and Income office. 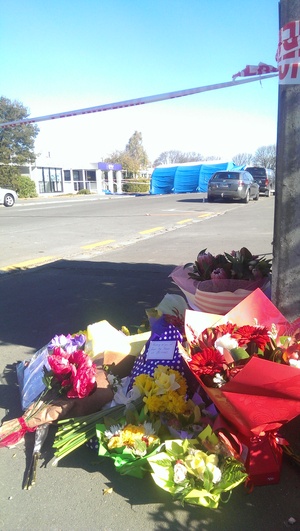 Peggy Noble and Leigh Cleveland were shot at their work place on Monday morning and another employee, Lindy Curtis, was seriously injured. She remains in Christchurch Hospital.

"I remember Peggy coming into the club every Thursday night, as she has done for a number of years," Ms Costello said.

"Always coming into the club with a smile on her face and always a kind word to say to anyone.

"Whether she was treated with respect, she treated everyone else with respect. She was a fabulous lady."

The club would hold a minute's silence tomorrow to pay tribute to Ms Noble, she said.

Noeline Woods played bowls with Peggy Noble and holds fond memories of her friend who, among other things, taught her how to gamble.

"Great memories of our trip to Dunedin to the nationals, when she taught me how to play the casino games," she said.

A close friend to Ms Noble, who only wanted to be known as Ripeka, said the mid-Canterbury Maori community was absolutely shocked and devastated by her death. Ms Noble, who hailed from Tainui in the Waikato region, was a Maori Warden.

She was respected by both Maori and non-Maori, as well as the local Pacific Island community, Ripeka said. 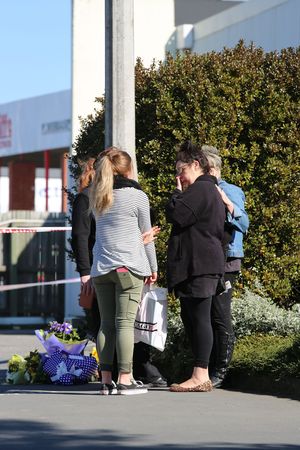 Friends and family of the deceased gathered in Ashburton this morning. Photo: RNZ / Alexander Robertson

Ms Cleveland bred rottweiler dogs and best friend Robyn Anderson, of Rakaia, remembers her as a giving person, a dog lover and a whizz in the kitchen.

"Just her with the dogs, and she's the best dessert-maker I've ever known, she was always baking cakes for people," Ms Anderson said.

"She'd come and stay for the weekend and we always used to look forward to it because we knew she was bringing a fantastic dessert."

Mayor Angus McKay said he did not know Ms Noble or Ms Cleveland personally but had a sense of who they were from talking with his community.

A condolence book has been set up at the Ashburton District Council office.

Not trained for armed offenders

Social Development Ministry chief executive Brendan Boyle yesterday confirmed a security guard was at the Ashburton office but was unable to prevent the shooting.

However, neither he nor Social Development Minister Paula Bennett saw armed guards as an option.

Security Association executive officer Greg Watts said most workers in the industry were not trained to deal with armed offenders.

"You wouldn't expect them to put themselves in harms way in that situation though."

John Tully appeared in the Christchurch District Court yesterday charged with two counts of murder and one of attempted murder. He did not enter a plea and was remanded in custody to 23 September. 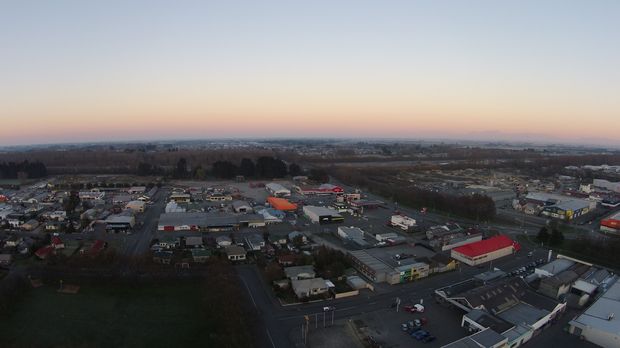 Sunrise over Ashburton on Tuesday, the day after the Work and Income shootings. Photo: RNZ / Alexander Robertson