Promising too much to the people of Christchurch has been listed as one of the biggest mistakes of the city's earthquake recovery.

The claim was made by one of 55 authors of Once in a Lifetime, a book launched last night which is critical of the earthquake recovery effort.

Hundreds of people packed the lounge of the Rydges Hotel to hear five of the contributors to the book analyse the city's problems in a panel discussion.

One of the editors, Barnaby Bennett, said a recurring theme in the book is the need for the people of Christchurch to take charge of the opportunities provided by the rebuild. 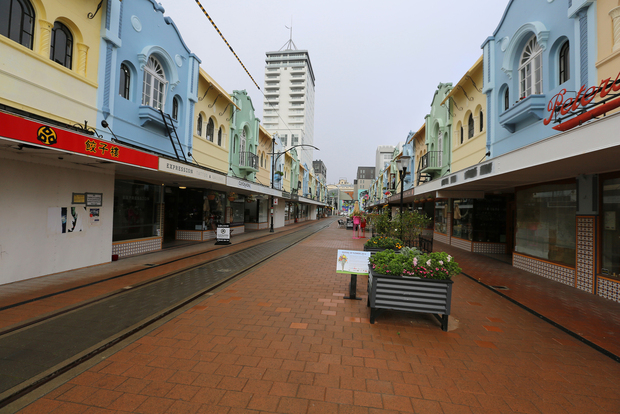 "People live in a city and they've got this enormous opportunity, this sort of terrible opportunity that we don't ever want to repeat but can't waste, either.

"And then people collectively desire to be part of that opportunity, and need to be."

Mr Bennett said almost four years on from the first big earthquake on 4 September 2010 and two years since the Central City Blueprint was launched, now is the time for people to be getting involved.

During a panel discussion, one of the contributors, Christchurch city councillor Raf Manji, said the biggest mistake of the rebuild was over promising on things which could not be delivered.

"So the whole idea that no one was going to be worse off, that just set this ridiculously high bar.

"And that all this stuff was going to be delivered, and here we are four years later and people still haven't had insurance sorted out - the basic stuff." Another focal point of the book is the Central City Blueprint, which the panel said has locked the community and the private sector out of the decision making process.

Another of the book's editors and authors Ryan Reynolds said smaller developers had even been shut out.

"But Casiel Mall used to be quite a lot of individual building owners and now they require 7500 square metre development plans so all of the little individual developers, that at least had some participation before, are now swallowed up."

The book's editors said they were careful not to dictate which projects should and should not proceed, but emphasised the importance of grassroots input.

Two thousand copies of the book have been printed and will be sold nationwide.